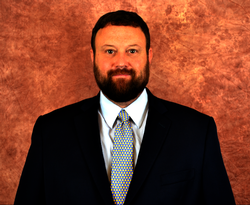 Chris Putnam is a licensed funeral director/embalmer who opened Putnam Funeral Home in 2000 and established Putnam Crematory in 2006, making it today’s only Highland Lakes crematory. He was born and raised in the Texas Hill Country and began his career in Austin before settling in Kingsland in 1999. Dr. Putnam earned a Ph.D. in Business Administration from Northcentral University. He obtained a M.B.A., and a B.A. in Business Administration, from Ottawa University, as well as a diploma in Funeral Service from Commonwealth Institute of Funeral Service.  Chris is married to Jessamyn Putnam and enjoys parenting Liam, Connor, and Anson as well as cooking, gardening, and "projecting."  He is a member of the Lion's Club, the Hill Country 100 Club, and Masonic Lodge #1424.

Jessamyn Putnam is a Licensed Funeral Director. Born and raised in the Texas Hill Country, Jessamyn served as a U.S. Diplomat in Bogota, Colombia, Rome, Italy, and Washington, D.C. before negotiating with potential suppliers in Latin America on behalf of H-E-B. Jessamyn also lived and worked in Portland, OR, as Senior Manager of Trade Finance Analytics in NIKE Inc.’s Treasury Department. Jessamyn has a M.A. in International Trade and Investment Policy from George Washington University, a dual B.A. in Economics and Foreign Service from Baylor University, and a Certificate in Funeral Directing from Commonwealth Institute of Funeral Service.  Jessamyn is married to Chris Putnam and enjoys parenting her 3 children, volunteering, reading, and travelling.  She is President of the Lambda Nu Chapter of Epsilon Sigma Alpha, serves as Chaplain for the Llano Uplift Chapter of the Daughters of the American Republic, and is a member of the Highland Lakes Interagency Committee. 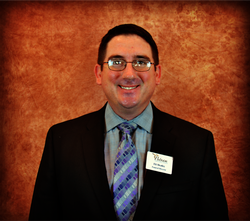 Eli Heatley is a licensed Funeral Director, Embalmer, Texas Notary, and Certified Crematory Operator.  Eli is a third generation funeral director and a 2015 graduate of the Dallas Institute of Funeral Service where he served as the president of his class and was the recipient of the Bill Pierce Award for excellence in funeral service. Eli is an endowed member of the Kingsland Masonic Lodge, a member of the Lion's Club, and a member of the American Association of Notaries and carries a Notary Public Commission with the State of Texas. He has also served on the Board of Directors for the Buchanan/Inks Chamber of Commerce from 2016-2018. In his spare time Eli enjoys camping, off-roading, hunting, fishing in the Highland Lakes, and making quick trips to the coast to fish the surf and jetties.  Eli has been married for eleven years and has one daughter.