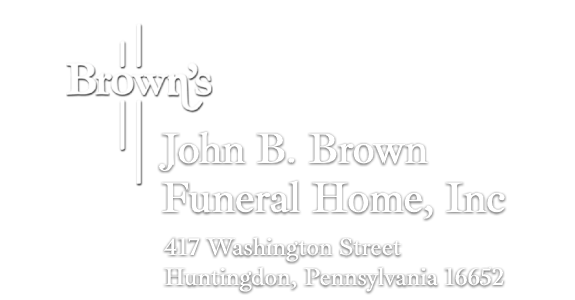 Staff members of the John B. Brown Funeral Home, Inc. are devoted professionals who understand that each family is unique.  We strive to honor every personal request and tradition, and provide guidance throughout the entire funeral process.  Planning a lasting tribute for your loved one is of utmost importance to our licensed funeral directors and support staff.

Every family served by our dedicated team of employees is certain to receive the care and attention they deserve. 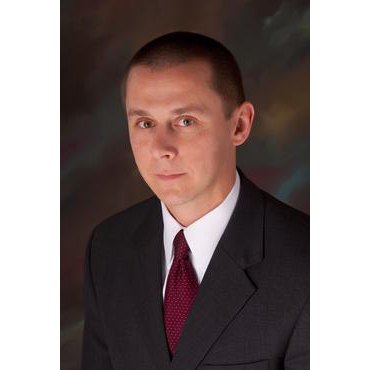 
A native of Duncansville, PA, Doug is a 1995 graduate of Hollidaysburg Area High School and attended Penn State University. He is an honors graduate of the Pittsburgh Institute of Mortuary Science, earning his Embalming and Funeral Directing Diploma in 1998, and an Associate in Specialized Business Degree in Funeral Service Management in 1999.

Doug joined our staff in February, 1999 as a Funeral Intern, and has been a Pennsylvania Licensed Funeral Director since March, 2000.  He became the Licensed Supervisor of the funeral home in January, 2012.

Doug and his wife, Marcia, reside in Walker Township, Huntingdon. 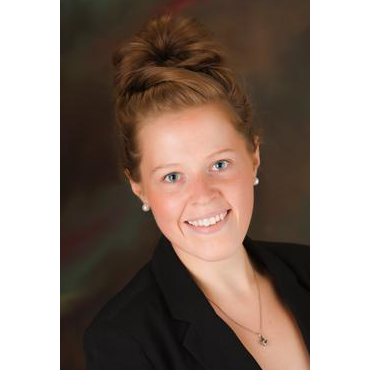 She attended Lewistown Area Senior High School and graduated with Honors in 2007.

She was an avid soccer player who began playing in 3rd grade. During her soccer career she played on various Club, Travel, and Indoor Teams, as well as, served as a Student Ambassador with People to People Sports Ambassadors, where she was selected to play for the United States Team in Liverpool, England. She was also a varsity captain of her high school soccer team her senior year. After graduation she held the position of assistant coach to the girls’ varsity soccer team until her life took her other directions.

Rayna knew she wanted to be a funeral director in 5th grade. However, at the age of 18, life had other things planned for her. In 2007, Rayna moved to Pittsburgh, PA, where she attended the Art Institute of Pittsburgh for Interior Design. Unfortunately, she did not feel that, that career path was meant for her and she moved back to Central Pennsylvania in 2009. After months of soul searching and some advice from a good friend, Rayna finally knew where her heart truly belonged, in funeral service.

Rayna joined our staff on June 2, 2014, as a Funeral Intern and became a Pennsylvania Licensed Funeral Director on July 7, 2015. She enjoys every aspect of her job, but most of all, she enjoys being a Funeral Director because it allows her to help others in a way many are unable to at such a sensitive time of need.

She is also a Certified Crematory Operator, receiving her certification from Matthew’s International, Inc., in May 2015.

Rayna’s biggest role model is her mother who has never stopped encouraging her to reach for the impossible. Outside of work, she enjoys traveling and the outdoors, especially hiking, camping, and having picnics. She is also a lover of music, particularly alternative rock, and adores spending time with her family and friends. 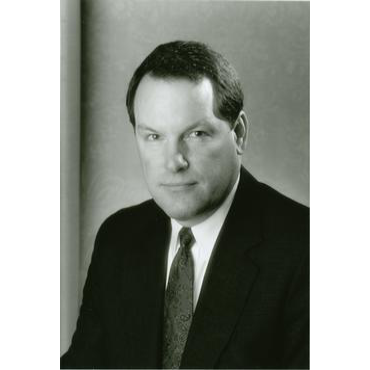 
J. William “Bill” Rumbaugh was born in Danville, PA, and reared in Belleville, PA. He is a 1969 graduate of Kishacoquillas High School, Reedsville, and The Pennsylvania State University class of 1973, earning a B.S. degree in Health and Physical Education. He later graduated from the Pennsylvania Bankers Association School of Banking and Commercial Lending School, both at Bucknell University, and earned a graduate degree in 1991 from the American Bankers Association Stonier Graduate School of Banking at the University of Delaware. In 1992, he graduated from the Pittsburgh Institute of Mortuary Science, earning his Diploma in Embalming and Funeral Directing.

Bill was employed by Dauphin Deposit Bank & Trust, Harrisburg, for 16 years, departing as a Vice President in Business Development. In 1993, he joined the staff at Brown’s and served as a Licensed Funeral Director and Supervisor, leaving in 2011 as a result of an accident. Bill maintains his Funeral Director's license and assists the funeral home in various community relations activities.

Bill and his wife, Susan Elizabeth (Brown) Rumbaugh, reside in Huntingdon with their two Irish Terriers.

Prior to his accident, Bill was an outdoor enthusiast who particularly enjoyed hunting, fishing, bicycling, hiking, and travel. 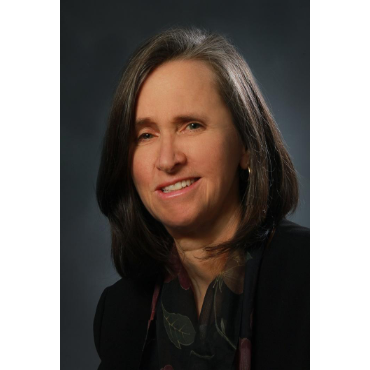 
Jackie is a native of State College, Pennsylvania. She has a B.S. in Business Management from Penn State University and an M.A. in Wellness from the University of Central Florida. She is a certified spiritual director, celebrant and end-of-life doula specializing in loss and wellness. She is also a member of Spiritual Directors International, the Celebrant Foundation and Institute and the International End-of-Life Doula Association.

Jackie is the co-founder of Learning to Live: What's Your Story?, an initiative whose mission is to create educational and conversational opportunities for meaningful intergenerational exchanges on loss, grief, growth and transformation. She helped create HEART – Helping Empty Arms Recover Together, an organization that provides support for individuals who have experienced pregnancy loss, still birth, infant death and/or fertility issues. Jackie is also a member of Grief Connection and writes articles for the Centre Daily Times, Centre County Gazette, Huntingdon Daily News and Centered magazine.

Jackie enjoys spending time with her family, jogging, and hiking in the woods. She and her husband, John, have two children, Jessica and James. 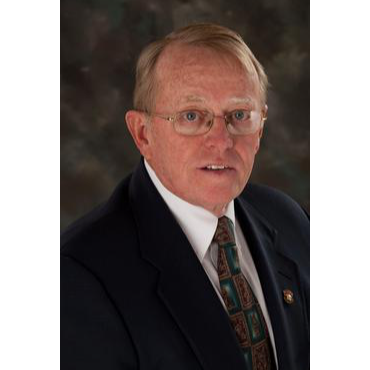 
William E. Speck is a lifetime resident of Huntingdon. He married Scarlett R. Kyle and together they are the parents of two grown children, Kelly Brown of Huntingdon and Edward Speck of Shirleysburg. They have two granddaughters, three grandsons, and one great-granddaughter.

Bill is a graduate of Huntingdon Area High School class of 1963. He received a certificate in Accounting and Business Administration from Goldey Beacom School of Business, and a certificate in Law Enforcement and Corrections from Pennsylvania State University.

He served in the U. S. Army from 1965 through 1968 with the Ninth Infantry in South Vietnam 1966 through 1967. He was awarded the Vietnam Service Medal, and the Army Commendation Medal.

Bill began working as a Funeral Home Assistant at the John B. Brown Funeral Home in June, 2010. He is an active member of the Fifteenth Street United Methodist Church, serving as Treasurer of the Trustees. He is a member of the following organizations: Pa. Prison Warden Association, Frank P. Hommon Post #24, American Legion, B.P.O.E. Lodge #976, and Loyal Order of Moose Lodge #223, all of Huntingdon. Bill has been active in veterans affairs, appointed to the Vietnam Veterans Herbicide Information Commission by Gov. Thornburg and to the Vietnam Veterans Health Initiative Commission by Gov. Casey. He has served as Commander and Quartermaster of Standing Stone VFW Post #1754, Huntingdon, and is currently the President of the Standing Stone Veterans Home Association. 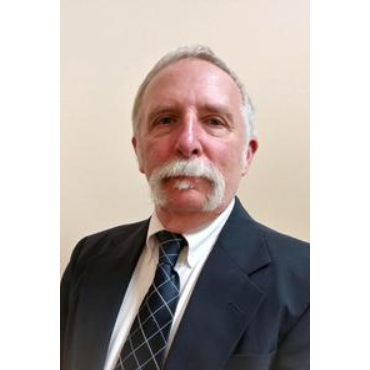 Sam started his work life as a brakeman/conductor for the LEF&C Railroad in Clarion, PA. Upon graduating from Clarion State College (1985) with a degree in Physics he began a teaching career at Huntingdon Area School District teaching Physics and AP Physics and coaching soccer and track. He retired from teaching in June of 2013.

Sam is an active member of The Abbey Reformed United Church of Christ in Huntingdon. He is also a member of the Huntingdon Lions Club.

Sam began working at the John B. Brown Funeral Home in May of 2018.