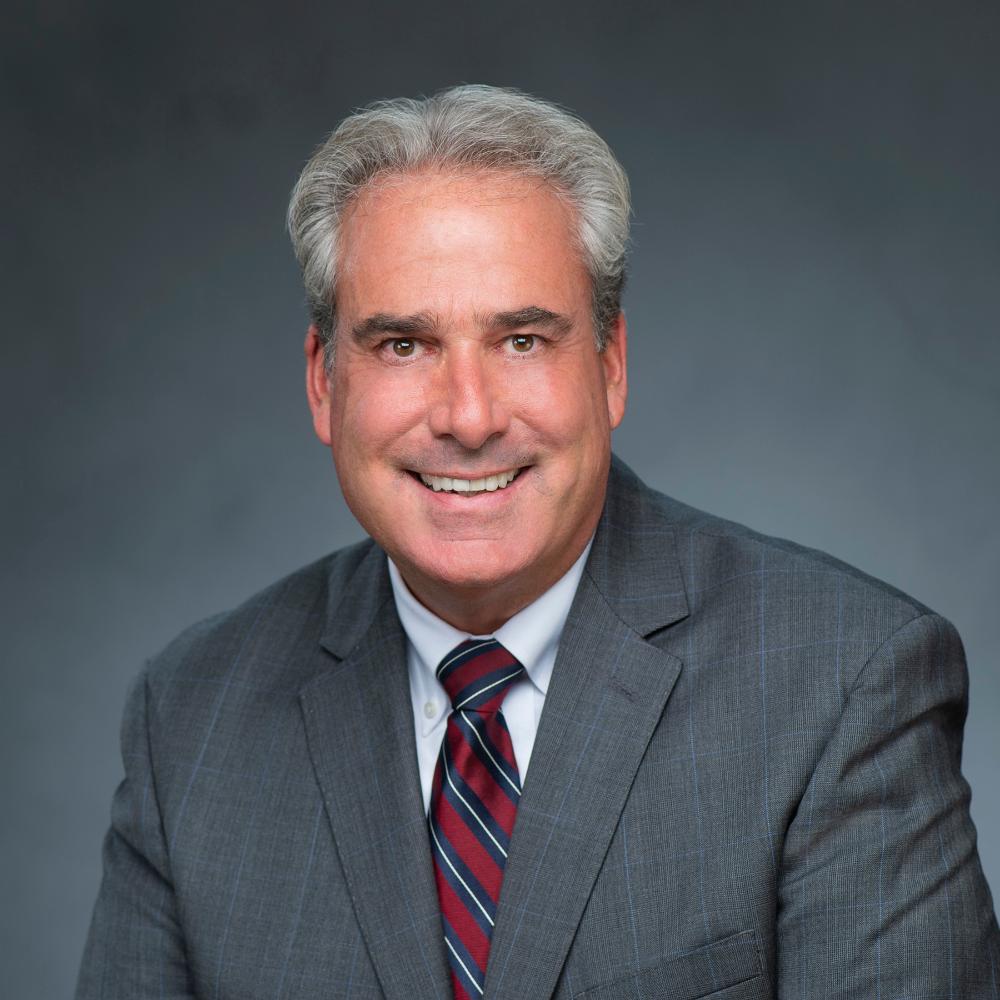 Francis was born and raised in the Olney section of Philadelphia. Fran is a graduate of Cardinal Dougherty High School class of 1983 and attended Penn State University, Montgomery County Community College and graduated with a degree in Funeral Directing Service from American Academy McAllister Institute in 1987.

Fran married his high school sweetheart in 1990 and together they raised their 5 children in Drexel Hill.  While living in Drexel Hill, Fran was involved and active with his parish, Saint Andrew the Apostle, as an elected member of Parish Council, Pre-Cana, and CYO Treasurer for 10 years. Fran had fun volunteering many countless hours at Saint Andrew’s School fundraisers during the 19 years that his children attended. Fran and Cathy’s children are all graduates of Monsignor Bonner Archbishop Prendergast High School.

Fran and his family moved to Malvern in December 2012.  They are members of Saint Patrick’s Church were Fran volunteers as an usher at Sunday masses and is a member of the Knights of Columbus.  Fran was elected as President of Malvern Business and Professional Association (MBPA) in 2014 and held that position for 2 consecutive terms until the Spring of 2018. Fran is still an active member of MBPA serving on the Executive Council to the Board.  Fran along with his wife and children enjoy living in the Borough of Malvern and have created lasting friendships here in their community.

Since 2016, Francis and his two business partners are now associated with 2 other funeral homes in Montgomery County.  The Bacchi Funeral Home in Bridgeport and McGoldrick Funeral Home in Jenkintown. Together they work as a team to provide families with a superior funeral service.

Fran is truly a dedicated funeral director who ensures that each family he has the honor to serve is given the utmost care, respect, and dignity that they deserve. 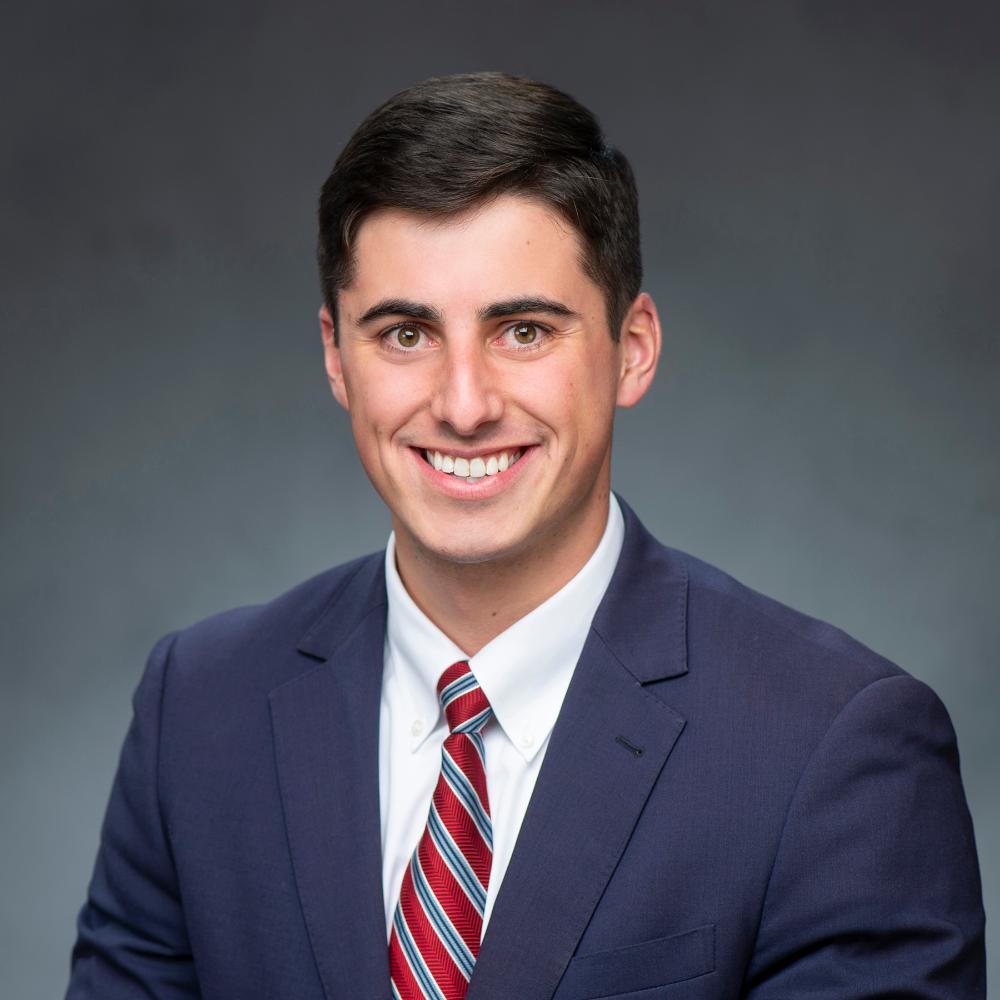 Francis was born in 1995 to Fran and Cathy Givnish.  Fran was raised in Drexel Hill where he attended Saint Andrew the Apostle for grade school and graduated from Monsignor Bonner High School in 2014.

Fran attended The Penn State University and Mercer County Community College where he received his  Degree in Mortuary Service in May 2018.

After moving to Malvern in 2012, Fran began working for his dad part-time at the Mauger-Givnish Funeral Home. Shortly after Fran too decided to become a funeral director.

Fran is involved in Saint Patrick’s parish as a member of the Knights of Columbus and he is also a member of Malvern Borough’s Parks and Recreation Committee.

Together with his father, Francis, Sr. Fran has the privilege to provide families in their community with a compassionate and caring service.  Fran truly listens and meets all the needs of the families he serves.

Timothy J. Meyers was born on January 17, 1962. He was the eighth of nine children to Walt and Eileen. He was a 1975 graduate of St. Leo’s Parochial School, and a 1979 graduate of Father Judge High School, received an associate’s degree from Bucks County Community College, and a 1982 graduate of Cincinnati College of Mortuary Science. He was a former member of St. Leo’s Knights of Columbus, and little league coach at Vogt Playground. He currently resides in Trooper, PA where he is a member of Visitation BVM RC Church, member of K of C 7565, the Rotary Club of Norristown and the Commercial Club. He served on the Board of the Can-Do Playground, Wilmington, former member of Brandywine-Naamans Rotary and was a past board member of Sellers Senior Center. Tim has 4 daughters; Lauren, Apryl Jastrzebski, Julia and Tori. Tim is licensed in Pennsylvania and Delaware.

James T. Meyers was born on October 25, 1955. He is the fourth youngest to Walt and Eileen. He is a 1969 Graduate of St. Leo’s Parochial School, a 1973 Graduate of Father Judge High School, received an Associate’s Degree in business management from Bucks County Community College, and a 1981 Graduate of American Academy McAllister Institute of Mortuary Science in NY. On January 15, 1974, he enlisted in the Air Force where he was decorated with the NDSM, AFOUA, AFGCM, and the AFR, he served during the Vietnam War. He served as a Crew Chief on the F4 Fighter Jet. Sergeant James T. Meyers was honorably discharged from the military on January 13, 1978. He is a Member of St. Leo’s Knights of Columbus Council #1294, a 4th Degree Past President of St. Leo’s, a Member of St. John Neumann Assembly, and a Member of William D. Oxley American Legion Post #133 where he has served as Senior Vice Commander. He currently resides in Jenkintown, PA where he is a member of Immaculate Conception BVM Church.

Jim was blessed to meet the love of his life Margaret Lang in 1978. After a short six month romance they were married on October 27, 1978.  Margaret and Jim have seven children, ten grandchildren, and two great Grandchildren.

Margaret is an RN and the quality improvement coordinator for Holy Redeemer’s Home Care in Northeast Philadelphia’s division.

Five of our children have given us grandchildren and of course are our favorites.  The other two have some grandchildren to produce if they want to get back into our good graces!

The Bacchi Funeral Home was started in 1952 by Russell J. Bacchi and his wife, Mary M. (Melchiorre) Bacchi, one month after they married in Pottstown, PA. They struggled in the beginning, the first year they did only one funeral. Russell and Mary raised four children: Cheryl, Kevin, Darryl and Lorijon. Darryl started helping his father when he was only 15 years old and joined his parents in running the business in 1980, when he became a licensed funeral director. He later opened the first crematory in the area, the King of Prussia Crematory, and later the name of the funeral home was changed to The Bacchi Funeral Home and Crematory, Ltd. Darryl single-handedly ran the business after Russell passed away in 2002 and Mary in 2012.

Darryl R. Bacchi was born and raised in Bridgeport, PA, the third of four children of Russell J. and Mary Bacchi. Darryl is a graduate of Upper Merion High School, and North Hampton PA Mortuary School. He ran The Bacchi Funeral Home with his parents and later opened the King of Prussia Crematory. At the age of 14, Darryl became a junior fireman for the Bridgeport Fire Co. #1, and at 18 became an active firefighter for the Bridgeport and King of Prussia Volunteer Fire Co. His lifelong dream was to be a New York City firefighter. In the 1970’s and 80’s, he rode on Engine 28 and Ladder 11 in Manhattan. For the past 25 years, he has been an honorary member of Squad 252 in Brooklyn, NY. Darryl lost seven close friends from Squad 252 at the World Trade Center and worked at the recovery site for the entire recovery period. He was a member of the former Bridgeport-Upper Merion Lions Club, and a former president of the Holy Name Society of the former Our Lady of Mount Carmel Church for 20 years. He is a current member of the King of Prussia Rotary Club.

Heather M. Hughes was born on May 4, 1979. She is the daughter of Joseph D. and Diane J. Hughes of Clarks Summit, PA. Graduating from Abington Heights High School, Class of 1997 than attending Mansfield University graduating with a Bachelor of Science degree in Business, December of 2000. Following her dream of being a funeral director, Heather attended Pittsburgh Institute of Mortuary Science graduating January 2002. Serving her apprenticeship at the Thomas J. Hughes Funeral Home in Scranton, PA. Heather found her way down to Bridgeport, PA in June of 2004, working at the Bacchi Funeral Home & Crematory, Ltd. where she still continues to serve the local communities with compassion and care.

Julia was born on October 30, 1992. She is the third of four daughters to Timothy J. Meyers and Mary T. Meyers. She grew up in the funeral business and is now a third generation funeral director.

Julia is a graduate of Mount Pleasant High School in Wilmington, DE, class of 2011. She then attended University of Delaware, where she received her Bachelor’s Degree in Hotel, Restaurant and Institutional Management in December 2015. After that, she went on to Mercer County Community College to get her degree in Mortuary Science and became a licensed funeral director in April 2018.

Tim is very proud to have one of his daughters following in his footsteps to continue their family’s tradition for kind and compassionate service to the community.

Tom was born on November 2, 1952. He is the son of Joseph J and Delores McGoldrick and the “middle” of 5 boys, followed by 2 girls. Tom grew up in Hatboro, PA, moving to the funeral home with his family in 1972. Tom is a graduate of Archbishop Wood High School and Mount St Mary’s College in Emmitsburg, MD. He attended American Academy McAllister Institute of Mortuary Science. Tom is married to his “high school sweetheart”, Terry Barker. They have made their home in Immaculate Conception parish, raising two sons Thomas Jr, and Timothy. Tom and Terry are blessed with 8 grandchildren.

Tom joined his father, Joseph J McGoldrick at the funeral home in 1975. Together, they served the Jenkintown and surrounding communities until Joe’s death in 2013. Tom then became the sole proprietor until 2015 when McGoldrick’s became part of the Meyers Family of Funeral Homes. Tom remains actively involved and continues as the supervisor of the McGoldrick branch. Tom takes great pride in serving families for over 40 years with compassion, dignity, and professionalism.

Tom is an involved member of Immaculate Conception parish. He is past president of the Jenkintown Lions Club. His passion for sports kept him involved as a player on local softball and pickup basketball leagues around town. Tom was a baseball, soccer and basketball coach in CYO and JYA, serving on the board of JYA for many years. An avid golfer, Tom hopes to continue playing long into retirement but his biggest enjoyment is in spending time with his grandchildren.