I grew up in Forest Park, Ga and graduated from Forest Park High School in 1986. After graduation I attended Gupton Jones College of Mortuary Science; graduating in 1987. I have been been working as a funeral director for the past 29 years and I am proud to be managing the business that my family built with sincerity, honestly, and integrity. My father and I worked together serving the families of this area and surrounding areas; teaching me everything I know. I do not view this as a job, but as a ministry. When I'm not serving families I enjoy spending time with my family, hunting, riflery, and cheering on my favorite football teams. Margie and I married in July of 2000. She joined the funeral business in 2000 and has  been by my side for 17 years. She and I work side by side every day to help bereaving families through difficult times. She and I have 4 kids and 1 grandson. Our lives are busy, but they are full. 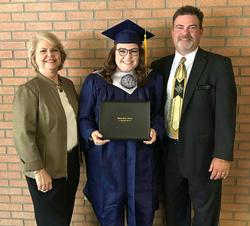 Thomas L. Scroggs Funeral Directors welcomes our newest member! Kelsey is the third generation of Scroggs to choose this service. She graduated from Gupton Jones in September of 2017 and became a licensed Funeral Director in October of 2019.  Prior to studying mortuary science she earned her associates degree in business management. She married in 2015 and currently resides Jonesboro. 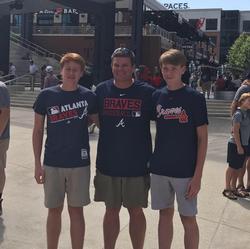 Rodney has over 30 years of experience serving families. He has been working with the community since 1986. He graduated from Gupton Jones in 1991. He currently resides in Morrow. In his spare time, he enjoys running and hiking with his two sons, Russell and Bryce. We are honored to have Rodney working with us. 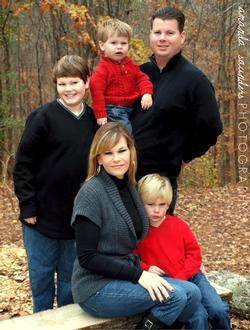 Keisha is the daughter of Thomas and Linda and has been working within the company since she was in high school. Keisha graduated from Forest Park High School in in 1996 and went on to marry Rod Holbrook. She has three boys who keep her very busy, but she works diligently to keep up with the fast pace of the office. She is also licensed to work with you and your family with pre-need arrangements. Keisha is always happy to help with any questions that may arise with to insurance, billing, or any administrative issues. 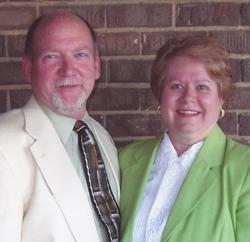 Bob Campbell was born and raised in western Pensylvania. He and Ellie were married in 1965. They have been happily married for 51 years.They have 3 sons and 12 grandchildren. They moved to Clayton County in 1971. Bob started working for Delta Airlines in 1969 retired in 2001. During that time he attended Gupton Jones College of Mortuary Science and graduated in 1974. He has been a licensed funeral director since 1975. He and his wife are both members of South Fayette Church of Christ. Bob started working for Thomas Scroggs Funeral Directors in 2005. He enjoys working with families from the community and you will often find him here during visitations. When Bob is not working he enjoys spending time with his family as well as traveling, reading, and keeping up with the Pittsburgh Steelers.

Steve is a native of Clayton County currently living in Jonesboro. He and his wife, Mary Ruth, have 2 sons, and 2 grandchildren. Steve graduated from Forest Park High School, received an A.S. degree in business administration from Andrew College, attended West Georgia College, and earned an additional A.S. degree at Gupton-Jones School of Mortuary Science. Steve began his funeral service career with Thomas in 1992 and became a licensed funeral director in 1996. He attends Jones Memorial United Methodist Church in Lake City with his wife, Mary Ruth. Steve is a member of the Jonesman Quartet, a local amateur southern gospel group which has been singing together for 33 years. He also enjoys reading, traveling, and crossword puzzles. Steve has retired and is enjoying spending his retirement with his family, but does step in from time to time to serve our families that he has come to know over the years. 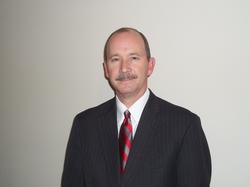 Jerry is a longtime resident of Henry County. He currently resides in Stockbridge, Georgia with his wife Cindy and two daughters. Jerry began his career in funeral service at his family’s firm in Birmingham, Alabama in 1976. He has been a licensed funeral director for 33 years and specializes in helping families pre-plan. Having personally served thousands of families in his career, he truly feels helping families plan ahead is one of the greatest services a funeral director can provide.