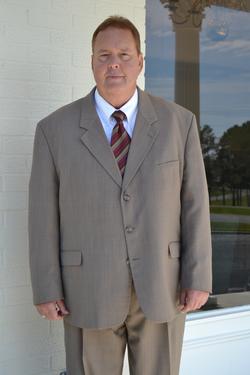 Barry is a resident of Brewton, and has been a liscensed funeral director, embalmer and owner with Craver's Funeral Home Inc for the past 22 years. He was previously employed with CSX railroad for 14 years. Barry is a 1977 graduate of T.R. Miller High School and attended Jefferson Davis Community College in Brewton. He is a 1996 graduate of Bishop State Community College in which he received his degree in mortuary science. He completed the National Conference of Funeral Service Exam, and received his Alabama and Florida Funeral Director and Embalmer liscense. He and Elaine attend the New Haven Holiness Church. Barry is married to Elaine (Wilson) Van Hoosen and they have 5 children and 8 grandchildren. His hobbies are hunting and fishing. 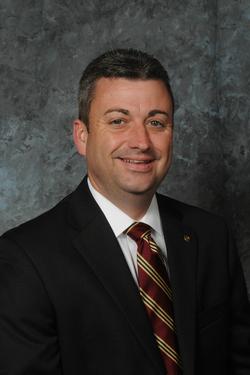 Heath has been in the funeral business since 1993. It was a calling from God since he was 12 years old. Heath is a 1992 graduate of Hillcrest High School, a 1993 graduate of Reid State Technical College with a certificate in Office Administration. He then went on to Jefferson Davis Community College in 1995 and transferred his credits to Bishop State Community College where he recieved his Degree in Mortuary Science in 1998. One week after graduation, he went and took the International Conference Of Funeral Service Examination. He recieved his funeral director and embalmer's license for Alabama in October of 1998. Heath then took the Florida board test in 1999 and received his Florida funeral director and embalmer's license in Florida. He also is a licensed pre-need sales agent for the State of Alabama. Heath is a member of the Brewton Rotary Club in which he served as president for 2012-2013. On June 11, 2012, Heath recieved the Paul Harris Fellow Award. He is also a member of the advisory board for Reid State Technical College.

Heath is married to Jennifer (Johnson) Wilson who also is a liscensed funeral director, and they have two children; Jared Ashton and Kynleigh Grace. His hobbies are; singing, auctioneering, canning vegetables and fruits from the garden, working with his honey bees, and working in his yard in which he owns many heirloom Apple trees one from the late 1600's. He and his wife also own and operate H&J cattle farm.

Brenda resides in Flomaton, and has been the office manager of Craver's Funeral Home Inc for the past 17 years. She is of the Baptist faith and enjoys fishing in her spare time.

Andre resides in Flomaton, Alabama and has been a funeral assistant since 2008. He is a retired Electrician with Container Corp with 33 years of service. He attends the local Kingdom Hall of Jehovah's Witness's.

He is married to Linda (Bradley) Deslonde and they have two children; Andrea Michelle and Brett. His hobbies include Hunting, Fishing and his ministry.

Mr. Windham has been employed with Craver's and Flomaton Funeral Home Inc., since February 2012. He is retired from Halliburton with 25 years of service. He is married to Jean Pugh Windham and they have two children, Sherry Bullard and Jason Windham. They have one grandson, Dylan Pitts and one great grandson, Joshua Tyson Pitts. Mr. Windham and his wife attend faithfully at the Appleton Assembly of God Church. In his spare time, he loves to fish, and go to the mountains for vacation.

Tommy Hall is a native and long time resident of the Brewton area. He is married to Margaret James Hall and they have one daughter, Tania Hall. Tommy enjoys hunting and fishing. He and his family attend the Edendale Holiness Church.

Susan resides in Flomaton, Alabama and has been office manager for the Flomaton Brown-Service Funeral Home Inc., since 2001. She is a liscensed pre-need sales agent for the State of Alabama.

She is married to Jimmy Raines and they have 2 children; Brian and Melissa. Susan's hobbies include; Quilting, Sewing, Embroidery and working in her yard.

Elaine worked at Village Flower Shop behind Flomaton Funeral Home for Mrs. Mary Mayson for 20 years. She then ventured on her own flower shop, Tri-City Florist in which she has been operating for the past 10 years. She carries a large variety of silk and fresh baskets or sprays for any occasion. She also has a gift shop in which includes candles, Camille Beckman products, tart burners and other items for any occasion. Tri-City Florist will deliver to any surrounding location including Flomaton, Brewton, Atmore, Jay, Century, McDavid and Bratt. They are open daily Monday-Friday 8-5PM and Saturday 8-12PM. You may order by phone anytime you need flowers or that special gift for someone.

Elaine has been married to Barry Van Hoosen since 1999. She has 2 children, Michele and Brandon Hammonds.

Mrs. Shelby (Godwin) Kelly, resides in Brewton, and is owner/floral designer for Brewton's Village Flower Shop located behind Craver's Funeral Home Inc. She has owned and operated the flower shop for 17+ years and can assist you with birthdays, funerals, weddings, and any other special occasion that you may have. She will deliver locally within a 25 mile radius. When you need to order flowers, remember Brewton's Village Flower Shop for all your floral needs. Mrs. Kelly is a member of the Pollard United Methodist Church.

Mrs. Kelly has 6 children; Barry, Larry, Keith, Belinda, Brenda and Beverly. She has 12 grandchildren and 8 great grandchildren. She enjoys working in the flower shop and working in her yards.

Erin is a resident of Brewton, and is a floral designer with Brewton's Village Flower Shop for the past 15 years. She is a 2000 graduate of Flomaton High School. Erin and her family are members of the Liberty Baptist Church.

Erin is married to Carl Lambeth and they have two children, Austin & Tucker. Her hobbies are camping, fishing and shopping with her family.

Stevie has been employed with Craver's and Flomaton Funeral Home since 2014. He is married to Rhonda Powell and they reside in Brewton. Stevie enjoys hunting, fishing and enjoying time with family and friends.

John Walker has been employed with Craver's and Flomaton Funeral Home since 2014. John lives in East Brewton and in his spare time he enjoys detailing automobiles in which he does a superb job. He enjoys being with family and friends.