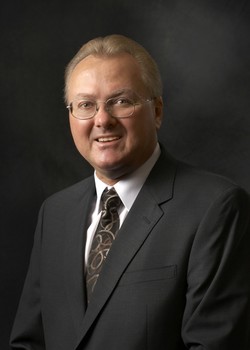 Gerald is a native and resident of Carencro and is a 3rd generation funeral director.

He graduated from St. Stanislaus High School in Bay St. Louis, Mississippi in 1972, attended the University of Southwest Louisiana majoring in business administration and graduated from Commonwealth College of Mortuary Science in Houston in 1975.

Gerald is married to the former Sandra Geisendorff and they have three children, Cory, Casey and Megan, two granddaughters, Madison and Lillian and one grandson, Eli. 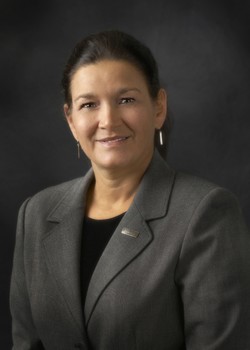 Sandra is a native of Lafayette and has been a resident of Carencro since 1977. She is a 1975 graduate of Lafayette High School and attended University of Southwestern Louisiana. She has been employed in the funeral & insurance industry for over 30 years. She is Corporate Secretary and Board of Director for Melancon Funeral Home, Secretary-Treasurer and Board of Director for Melancon Life Insurance Company, Melancon Mutual Burial Assn., and Evangeline Memorial Gardens.

Sandra is a licensed funeral director and insurance agent, cemeterian and administrator-office manager for her family owned companies. She is very involved and active in the management and day-to-day operations of these locally owned firms. Sandra stands willing and able to help anyone, whether it be her fellow employees or the families she serves, with care and compassion.

Sandra is married to Gerald W. Melancon and together they have three wonderful children, Cory, Casey and Megan. She is proud of her children and enjoys having them work in their family businesses.

In her spare time, Sandra likes working in her yard, enjoys fishing and crabbing, and spending time with her family and friends. 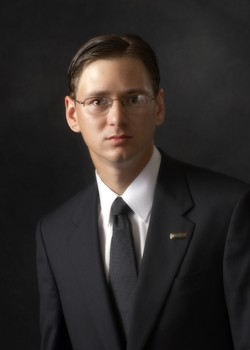 Casey is a 4th generation funeral director/embalmer who earned his license after graduating from Commonwealth Institute of Funeral Service in Houston. Casey is dedicated to his family and to his businesses, striving always to achieve excellence in everything he does. 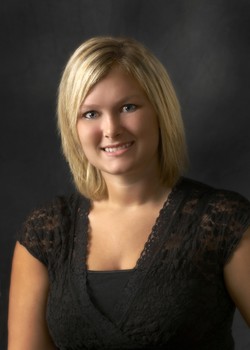 Megan is a native and resident of Carencro and a 2005 graduate of Carencro High School. After graduation, she attended the University of Louisiana at Lafayette where she earned a Bachelor Degree in Business Administration.

Megan is a licensed insurance producer and a member of the Southwest Louisiana Funeral Directors Association. She is eager to learn about the family owned businesses and actively goes to meetings and conventions in the area.

Megan is married to Joshua Daniel Moring and they have two beautiful children, Lillian Claire and Eli Daniel. 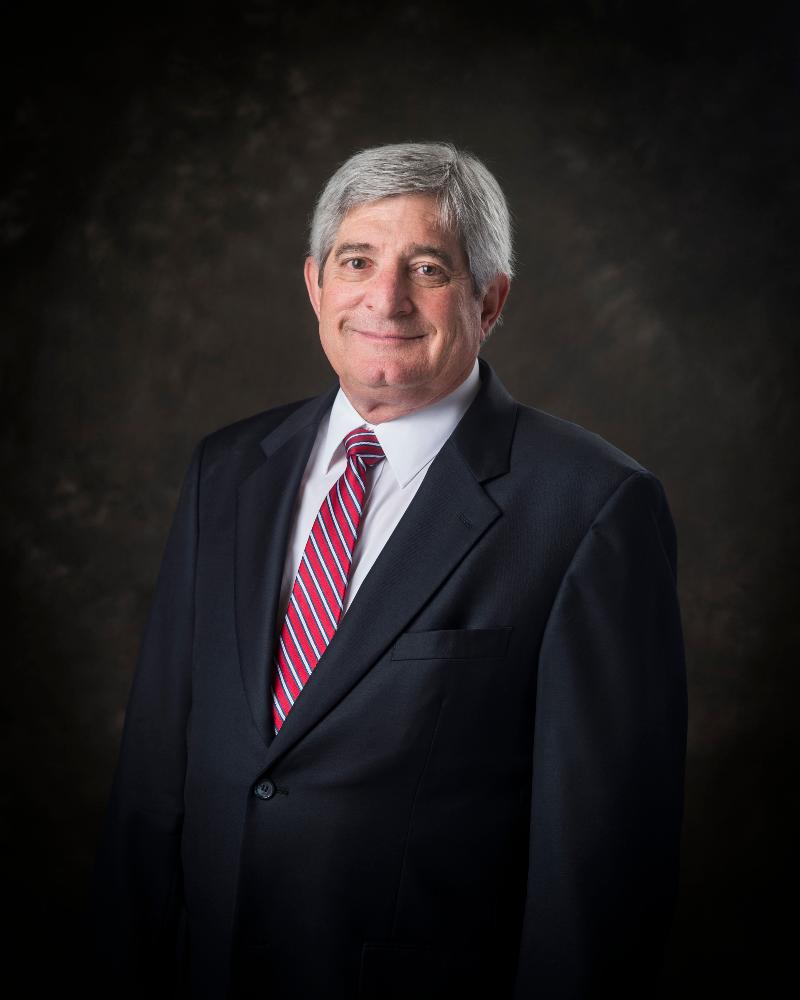 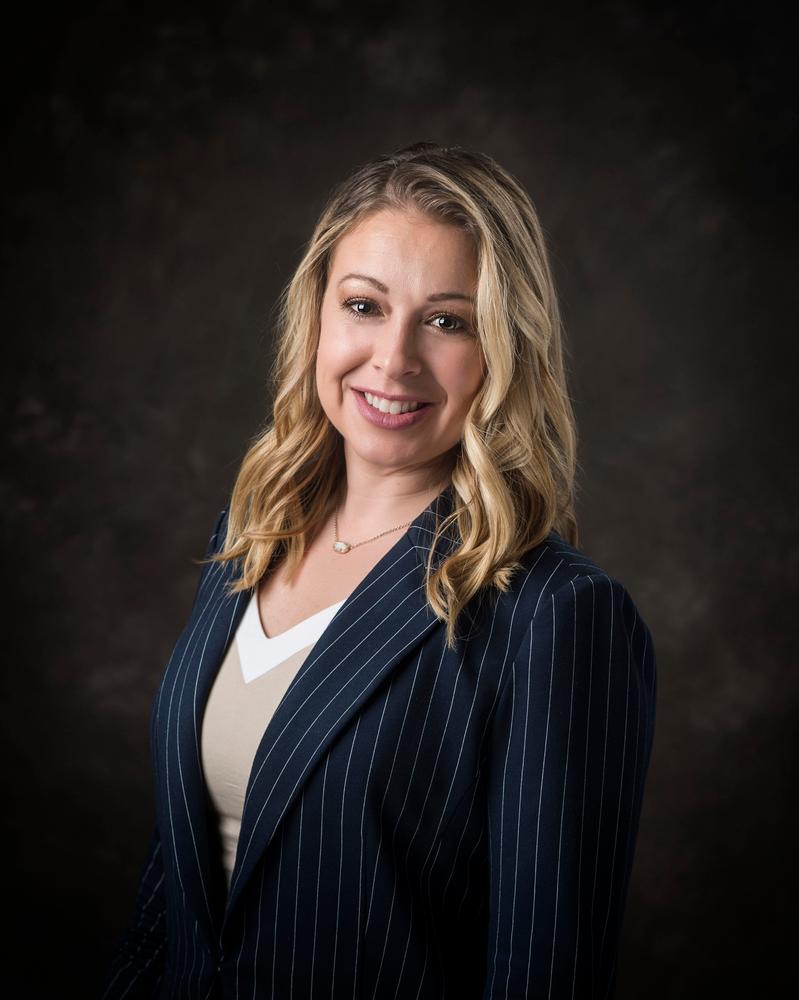 Brandi is a native of Lafayette and a current resident of Vatican. Her parents, Monty Hester and the former Marilyn Delrie, reside in Lafayette. She is a graduate of Comeaux High School, class of 1996. Brandi was awarded an academic scholarship to Louisiana College in Pineville and majored in Biology, where she played for the Louisiana College Women’s softball team during its first year. After two semesters, she left to pursue her lifelong dream of becoming an embalmer and funeral director. Brandi moved to Houston, TX in 1997 to attend Commonwealth Institute of Funeral Service. During her time in Houston, Brandi had the privilege of working at several funeral homes in the Houston area, gaining invaluable experience with families of different cultural backgrounds. She graduated with a degree in Funeral Directing and Embalming in 1998. She was employed with Earthman Funeral Home in Baytown, TX prior to gaining employment as an intern in the Acadiana area. She is currently is employed as a Funeral Director/Embalmer with Melancon Funeral Home.

Joshua St. Cyr is a native and resident of Opelousas. He is a 2004 honor graduate of Beau Chene High School in Arnaudville. In high school he was a member of the Beau Chene High Gator Band. He attended the University of Louisiana at Lafayette and is a 2006 honor graduate of Commonwealth Institute of Funeral Service in Houston, TX., where he earned an Associate Degree in Mortuary Science. He also passed the National Board Examine given by the auspices of the International Conference of Funeral Service Examining Boards which is recognized by 49 states in the U. S. Joshua joined the staff of Melancon Funeral Home as an apprentice funeral director/embalmer in January 2007 and received his dual license one year later. He is a member of the Southwest Louisiana Funeral Directors Association and the Louisiana Funeral Directors Association. Joshua currently is serving as an officer of the Southwest District of the Louisiana Funeral Directors Association. Families served by Joshua comment on his willingness to help and compassion for the families he serves.

David serves families with compassion and great attention to detail. He is married to Hope Savoie Credeur and they have a beautiful daughter, Ellison and a handsome son, Hutchins. They are members of Crossroads Church in Lafayette.

Ashley Pelletier is a native of Pecaniere and a resident of Sunset. She is a 1999 salutatory graduate of Beau Chene High School and taught college English for almost a decade before moving overseas and having plenty of time to ponder a career change.

In the summer of 2017, Ashley enrolled at Commonwealth Institute of Funeral Service to pursue the Associates of Applied Sciences in Funeral Services degree. During her academic career at CIFS, Ashley was inducted into the National Honor Society of Funeral Service, and she graduated with top honors in June of 2018. She began her funeral director/embalmer internship with Melancon Funeral Home in August of 2018 after having worked several part time shifts throughout the latter part of her collegiate studies.

Ashley is married to Adam Pelletier and they have a wonderful daughter, Evangeline. The family attends Mass at St. Leo the Great Catholic Church in Leonville.

Ashley always felt drawn to the death care industry, but after the passing of her own father and the care that her family received from the Melancon team, she felt compelled to give to other families that same empathy and compassion. 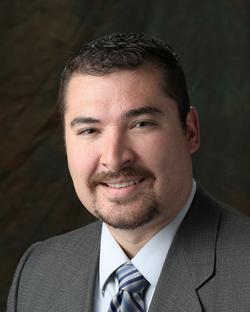 Chad is a native of Opelousas and a resident of Carencro.

He graduated from Opelousas High School in 1999 where he was an active baseball player, attended LSUE in Eunice receiving an associate's degree in Computer Information Systems. He also attended New Orleans Theological Seminary and Southwest Bible College.

Chad is married to Jamie Thibodeaux and has two beautiful children: Micah and Lexie. He is a Christian pastor who is currently the pastor of Vatican Baptist Church in Carencro. He enjoys spending time with his family, teaching the Bible and watching sports.

Thomas is a native of Ville Platte, a resident of Port Barre and currently resides in Opelousas.

He attended Belmont High School in Opelousas. He also attended SLCC in Lafayette studying Business Management. Thomas is a graduate of The American College and National Association of Insurance and Financial Advisers, aka LUTCF. He has been a member of NAIFA for several years.

In his spare time Thomas loves traveling and cooking. 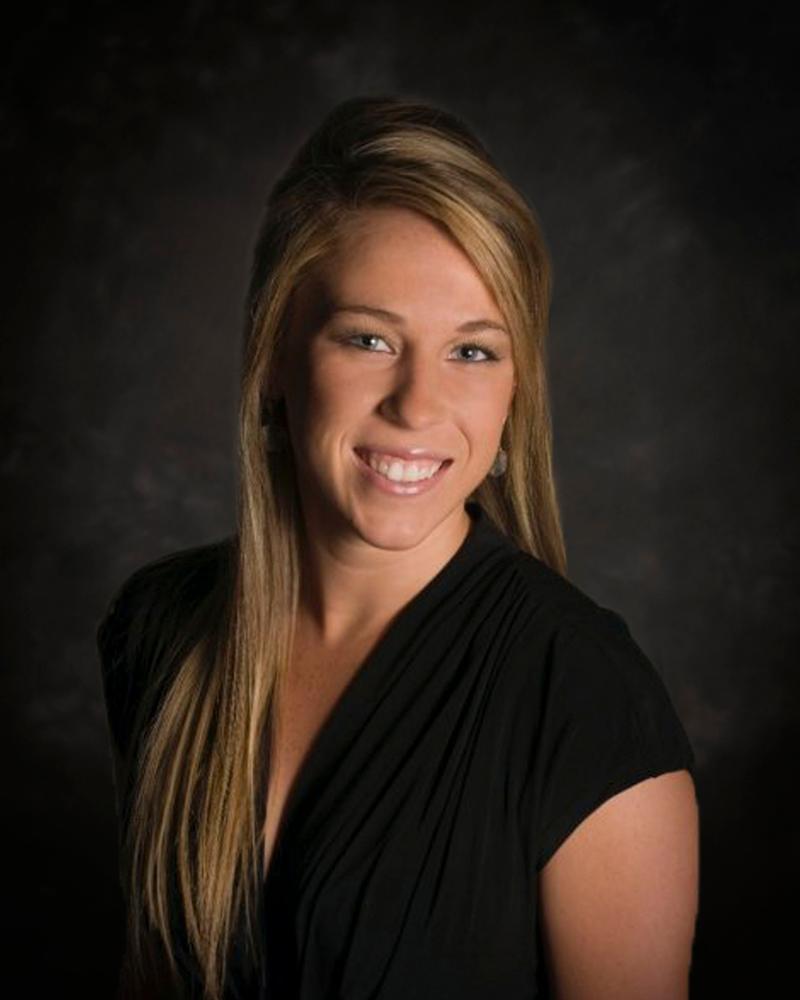 Leighann is a native and resident of Carencro and is the daughter of Ronn and Ann Kidder. She is a 2010 graduate of Carencro High School where she was a member of the Academy of Information Technology, Homecoming Court, and an avid softball and volleyball player. After graduation, she attended South Louisiana Community College for two years studying Digital Graphics and Web Design.

Leighann joined Melancon Funeral Home in August 2012 and has been the Family Service Secretary since 2015. She has a profound respect for the funeral industry after losing her father in 2016 and infant son in 2019. She strives to help families during one of the most difficult times by personalizing obituaries, easing the burden of paperwork, and providing a safe space to talk through the grief process.

Leighann is married to J.C. Artigue and together they have two beautiful girls, Marlei and Jade and sweet baby boy in Heaven, Ronn Jameson. She enjoys being outdoors, playing softball and spending time with family and friends. 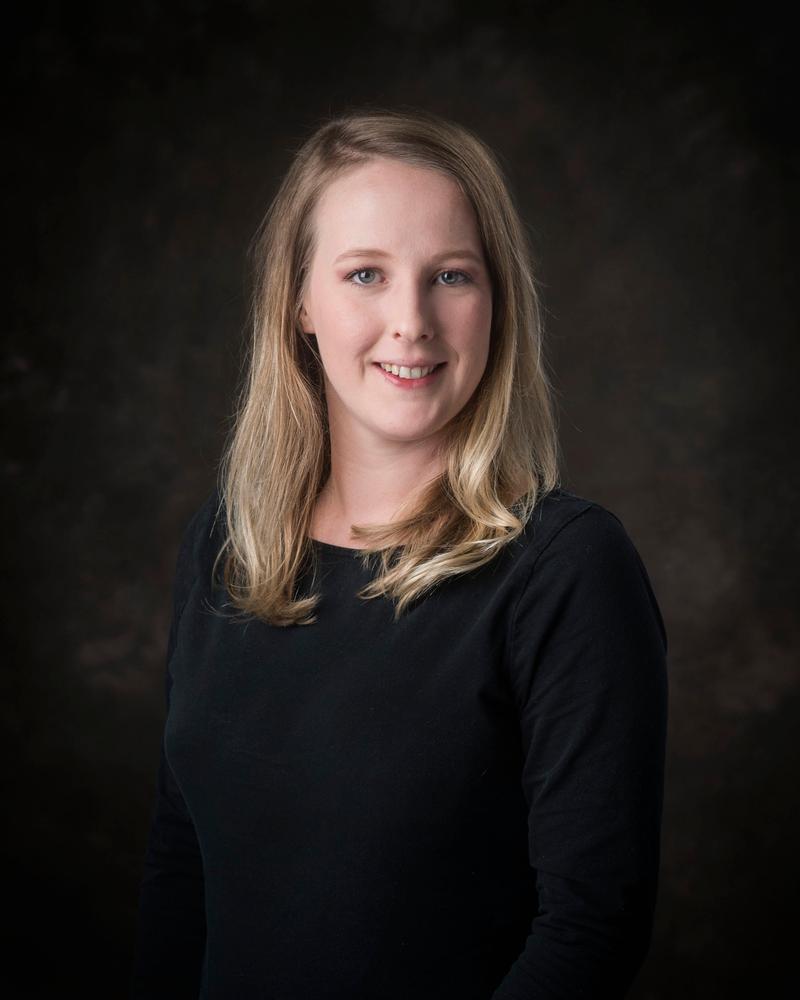 Amanda is a native of Austin, Texas and a resident of Eunice.  After earning her high school diploma in 2005, she studied nursing at South Louisiana Community College.  She currently serves as the family service secretary at Melancon Funeral Home of Opelousas where she shows compassion through meeting families and helping them through their difficult time.

Amanda is married to Christopher Gaspard.  They have an adorable baby girl, Nora, one dog, Canaille, and two cats, Ava "Flurry" and Luna.

She enjoys camping, reading, cooking, and spending time with her family and friends. 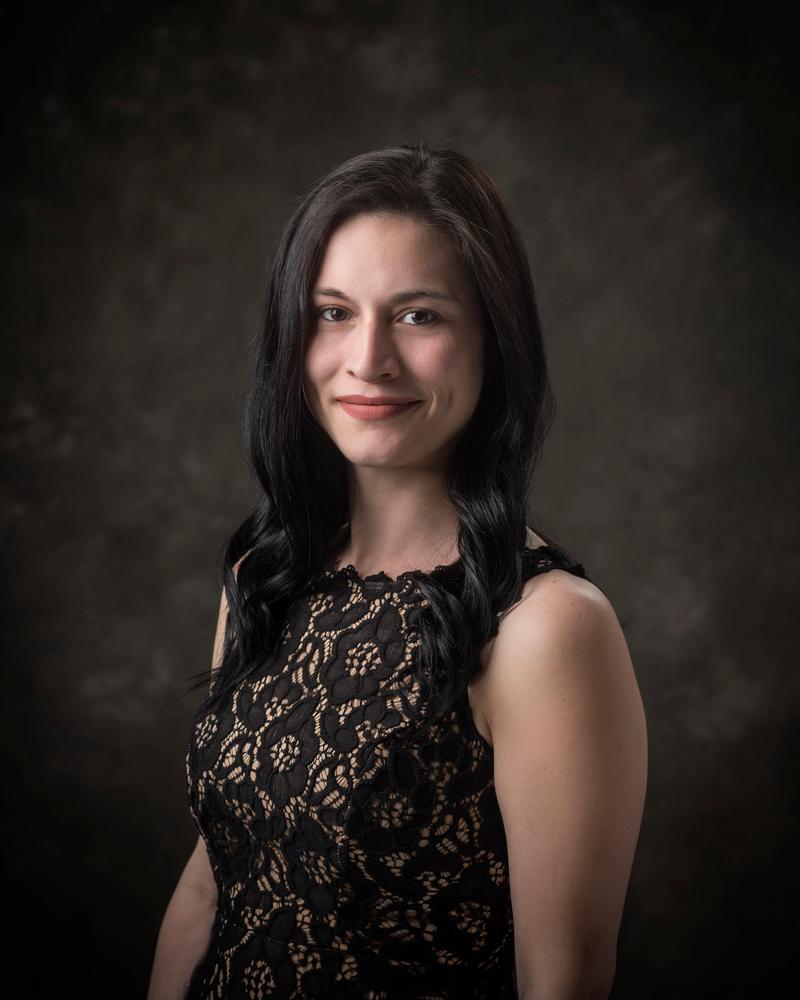 Jessica is a native of Broussard and a resident of Carencro.  She is a 2007 graduate of Carencro High School, having been a member of Color Guard, FFA, and TSA.  Following her graduation, she pursued a degree in Information Technology, holding a minor in Web/Graphic Design with the International Academy of Design and Technology in Florida for 2 years.

Jessica began her employment with Melancon Funeral Home in June of 2015 and moved to the Insurance and Cemetery Departments shortly after October of 2016.  She is also the lady behind most of our families’ video tributes, adding her own touch of compassion behind the scenes.

Aside from her passion for serving our families at the funeral home, Jessica spends most of her free time with her many siblings, nieces and nephews.  Jessica welcomed a baby girl, Addison Jane, into the world on February 14, 2020. She loves reading, cooking, baking, fishing, and her two fur-children, Broda & Sir Sutton. 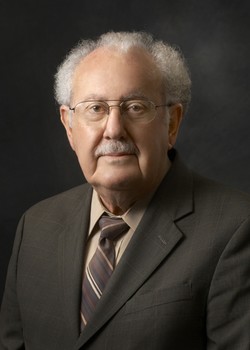 Lloyd is a native of Lebeau, a past resident of Opelousas and currently resides in Washington.

Lloyd owned Ardoin Grocery Store in Opelousas for 18 years. He worked in the funeral service/insurance industry for over 36 years. Lloyd worked as a salesman for Security Plan Insurance Company having won numerous awards and previously worked for Sibille Funeral Home.

Lloyd likes to cook, go camping and help his friends.

He is married to the former Birdie Brown.  They have three children, Lloyd, Jr., Thomas Wayne and Tony and eight grandchildren.