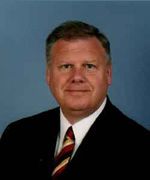 Warren F. Miller came to Hanover in 1976 with his wife, Barbara, who is also a licensed funeral director. Warren is a graduate of Eastern University and earned a Masters Degree at Villanova University. Following graduation from mortuary school, he worked with his father in the family business and became supervisor of the Wetzel Funeral Home in 1977. Warren is active in the community with the St. Matthew Lutheran Church, Hanover Rotary Club, and a local charity, the Evergreen Foundation. His interests include fly fishing for trout, fishing in general, reading, watching classic movies, and going to live concerts of various types of music. 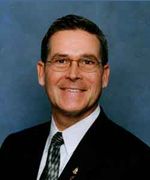 Stephen K. “Steve” Miller has been with Wetzel’s since January 1983. He is a graduate of Ursinus College and was a teacher and coach in South Jersey for 8 years prior to relocating to Hanover. He earned his Mortuary Science degree from Catonsville (MD) Community College and became fully licensed PA funeral director in July, 1985. In 1990 he was promoted to Managing Director and is in charge of day to day operations. In Hanover, Steve is a member of First United Methodist Church, B.P.O.E. #763, Moose Lodge #27, Y.M.C.A., the Republican Club, and a V.F.W. associate member. He also is a regular blood donor with the American Red Cross.