We employ staff who represent a broad variety that reflects the broad community of which we live and represent. Any family, regardless of race, religion or status can feel comfortable with the members of our staff.

Tristan is an Oklahoma City native now residing in Tulsa, the hometown of his father Lewis. Tristan attended Millwood Public Schools in Oklahoma City, as well as Edmond Santa Fe High School, culminating with his graduation from Lincoln High School in Lincoln, Nebraska with the class of 2000. He is a graduate of the University of Central Oklahoma (UCO), and was awarded his funeral directing license in October of 2006, but has been affiliated with the funeral home since the age of 15. While attending UCO, Tristan also trained with Temple & Sons Funeral Directors in Oklahoma City. His wife Melissa, is a native of Oklahoma City,and is a graduate of John Marshall High School. She holds a Cosmetologist license, and an Esthetician license, operating her own business, First Impressions Spa. They have two children, Kylan and Laila. Tristan also is licensed by the Oklahoma Insurance Commissioner as a Life Insurance Agent to sell life insurance and pre-arranged funerals. He is Keith's youngest nephew. His mother, Dr. Connie A. Anderson is a professor of adult education at Texas Tech University. Tristan has 1 brother, Travis, of Oklahoma City, who is a veteran of the United States Navy.

On the last day of August of 1969, a blessing in the form of a baby boy arrived in Muskogee, Oklahoma. This son was named Rodney Dynell Gandy. Better known to family and friends as "Dad," Rodney attended Franklin Elementary and Alice Robertson Junior High Schools in Muskogee and graduated from the Carter G. Woodson High School in Tullahassee, Oklahoma in May of 1988.

Rodney was baptized and united with the Eastside Community Church as a child, however, on Thanksgiving day of 2003, Rodney, while seeking a change in his life, rededicated his life and was baptized, according to the scriptures in Actes 2:38 at the Greater Grace Apostolic Temple under the guidance of Dr. Donald O. Tyler, Sr, the Pastor.

"Dad" truly enjoyed living and the life God had given him. This was exemplified in his many diverse interests, which included hunting, fishing, cars and his grandmother's cooking. His interest and love for music led to his position as a Disc Jockey, where he enjoyed entertaining his many friends through music. He loved children and served as a coach for the Bulldogs Little League Football team. He loved to talk and was one who never met a stranger. His love of fellow man led to his position as a funeral home attendant with the Keith D. Biglow Funeral Directors, Inc., for the past several years. He helped comfort families at funerals, assisted with deliveries and was the Automotive Detail and Maintenance Chief. "Daddy D" as the staff referred to him, could make the wheels on the cars appear to be mirrors. He will truly be missed by all. 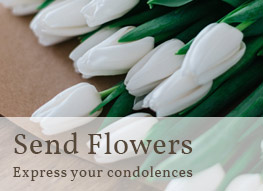