Staff members of Fukui Mortuary are caring and experienced professionals who understand that each family is unique and has personal requests and traditions.

Whether the request is for a traditional funeral or a private memorial service, our staff is uniquely aware of your needs and wishes and will tend to them with the utmost attention. 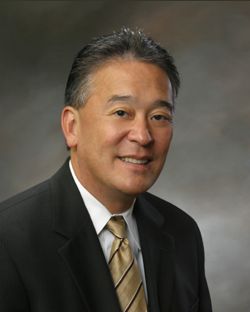 Gerald, the great grandson of founder Soji Fukui is a graduate of the University of Southern California where he received a Bachelor's degree in Biological Sciences in 1975.

Being a licensed funeral director since 1980, Gerald has carried on the legacy of Soji by providing a needed service as well as supporting the community and it's many organizations. 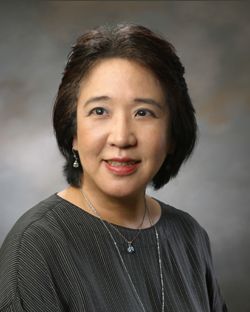 Born in Tokyo during the U.S. Occupation of Japan post WWII, she graduated UCLA with a BA in French in 1972 and studied the Japanese language/culture in Japan from 1974-1975.

She has continued her father, Soichi's, legacy since his early death in 1981 with brother Gerald and sister Christine. Secretary, Treasurer of Fukui, she is also licensed as a Funeral Director and Preneed Counselor.

Married and a mother of two boys, her oldest son, Eric joined the Fukui Family Staff as a funeral director and counselor since 2003. 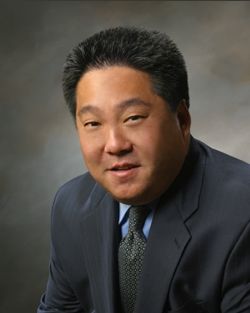 Herman Kodachi has been serving families as a counselor at Fukui Mortuary for over 20 years.  He has been the vice president since 2002, overseeing the operations of Fukui Mortuary.  Herman is a licensed funeral director and pre-need counselor.  He finds working with people during a difficult time in their life to be an honor and a responsibility that he takes seriously.

Born and raised in Portland, Oregon, he graduated from Wilson High School; and attended the University of Puget Sound. He moved to Los Angeles to further his education in business. Herman enjoys spending time with his wife, Katherine, and his son, Kobe.

Herman is an avid sports fan having played baseball in college.  He finds that there are many life lessons to be learned on the playing field about commitment, hard work and teamwork. 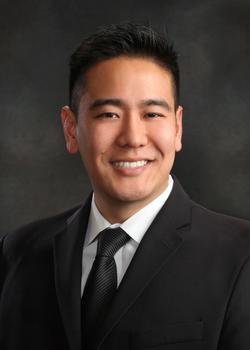 As great-great grandson of founder, Soji Fukui, 5th generation Californian, Eric Tanaka, feels a sense of pride in the commitment of continuing the Fukui Mortuary legacy.

A marketing graduate from California State University at Fullerton, Eric has been at Fukui since 1999. As a funeral director, he is lauded by ministers and families alike for his professionalism and dedication.

Hideo Suzuki was born in Saitama, Japan in 1947 and is one of Fukui Mortuary's bi-lingual counselors.

Hideo originally left Japan with the intent to seek employment in our northern neighbor, Canada. He realized California offered more potential and a more homogeneous environment for a young Japan native eager to learn new ways.

Leaving the service industy where he worked for over 8 years, Hideo has been employed at Fukui Mortuary since 1990 not only as a counselor but also serving as our liason with the Japanese Consulate.

Born on Fukushima, Japan, Shoji Konishi came to the United States in 1985.

He became a licensed beautician and worked as a hair stylist in Los Angeles, establishing clientele in Beverly Hills and the Melrose area.

Now well known in the community as a Karaoke singer, Shoji's hobbies include skiing, carpentry and being a webmaster of a large website dedicated to feline aficionados.

A compassionate side of Shoji steered him to Fukui Mortuary in 1992.

His creativity extends even to floral arrangements and artistry. He is a naturalized U.S. citizen and resides in Rosemead, California. 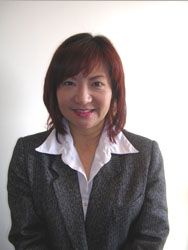 Mariko Gardner was born and raised in Tokyo, Japan. Seeking adventure and independence, she moved to the USA in 1986. After attending a relative’s memorial service, Mariko realized that the funeral ritual gave great comfort and closure to her family in their time of sorrow and loss. With the support and blessing of her father who she always considered to be a source of motivation and inspiration throughout her life, Mariko attended Cypress College achieving a degree in Mortuary Science upon her graduation in 2007. Mariko believes that a funeral service is universally one of the most important and sacred rituals of life, and she is committed to providing the best of care and guidance to families in their time of need. Mariko looks forward to her yearly visits with her family in Tokyo, and enjoys spending her vacations at the various onsens (hot spring resorts) all over Japan. In her spare time, Mariko is a devotee of movies and NBA games, and enjoys playing tennis with her friends and golfing with her husband, Gary, in her spare time. A self-proclaimed “cat lover”, Mariko is the proud adopted parent of five lovely cats. 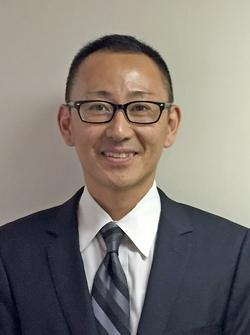 Born and raised in Kawaguchi City, located in Saitama Prefecture, Japan, Yoshinori Okamoto emigrated from Japan to Los Angeles, California in 1994 to attend college and improve his English Language skills. Having worked over the years as a limousine driver, a tour guide and a retail apparel store manager, Yoshinori realized that he was naturally drawn to a customer service career because it provided him a great sense of contentment and fulfilled his innate desire to help others. It was this desire to be of assistance to others that eventually led him to become a Family Counselor at Fukui Mortuary in 2013 where he serves both English and Japanese speaking families.

Yoshinori currently resides in Torrance CA, where in his spare time he enjoys practicing Karate to stay in shape. Yoshi also loves watching baseball games and dining out at local restaurants with his lovely wife. 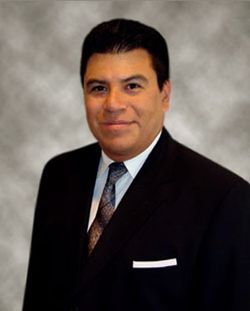 Born and educated in México City, Angel received his Bachelor's Degree in History from Universidad Nacional Autonoma de México (National University of México).  He came to Los Angeles in 1985 to visit his uncle and stayed to study English and Music.

As a troubadour he specializes in folk and popular music of México and Latin-America, performing for various community functions.

He also worked for the Argentinian Consulate as an assistant to the Consul General before he started working in the Funeral Industry.

Before joining Fukui Mortuary in 2001, Angel had directed funeral services for a Funeral Transportation Company that serviced many mortuaries in the Los Angeles area. 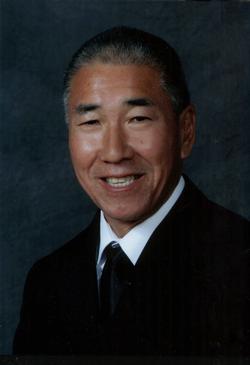 A native Los Angeleno, Terry graduated LATTC with a degree in electronics and worked in the aerospace industry for 30 years. In his spare time he volunteered his services to Little Tokyo Senior Nutrition Services, delivering meals to the senior citizens in the Boyle Heights and Monterey Park area.

Terry also worked at Centenary United Methodist Church of Los Angeles as a custodian, cleaning the church and maintaining the facility doing minor repairs and assisting at church services.

He joined the staff of Fukui Mortuary, Inc. in 2011 at the recommendation of Reverend Mark Nakagawa, Senior Pastor of Centenary United Methodist Church.

Born in Hawaii, he moved to Los Angeles with his family as a young boy.He owned and operated several family businesses for over 25 years.

Glenn has been in the funeral industry for 17 years as cemetery property salesman the last 6 years as a licensed preneed funeral counselor. He worked for 4 years with Rose Hills as a Family Service Counselor in the arrangement department. He joined Fukui Mortuary in 2005 as an Aftercare/Preneed Counselor and he finds great satisfaction in helping families with marker or monument needs. He’s always pleased to educate and help provide preneed planning for family’s future needs with a pre-arranged funeral.

He has been happily married for over 35 years with two married daughters and 5 grandchildren. Glenn loves to spend as much time as he can with his wife and family.

Glenn has found it both pleasurable and a challenge being on the staff at Fukui Mortuary. He is striving to maintain the high standards of service to the community provided by Fukui Mortuary. 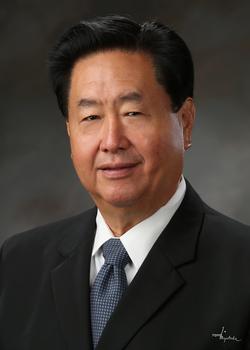 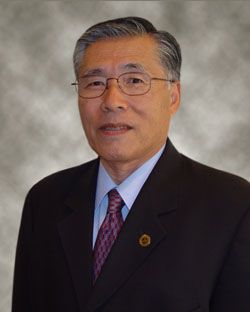 Former general manager,licensed funeral director and counselor of Fukui Mortuary since 1990 Daniel is currently promoting preneed funeral contracts especially for the Japanese speaking.
He was born in Tokushima, Japan in 1938 and in 1945, Daniel survived the Atomic Bomb in Hiroshima but lost everything including his residence. A graduate of Kochi State University with BA degree in English in 1962 he immediately joined an Export/Import Company in Kobe. 3 months later, Daniel was sent to the New York branch office to assist the Branch Manager. Since then, during the past 35 years, he learned everything about export/import transactions, wholesale/retail business, merchandising and accounting while spending most of his spare time introducing Buddhist Philosophy to the American youth. Daniel is now a proud naturalized U.S. Citizen. 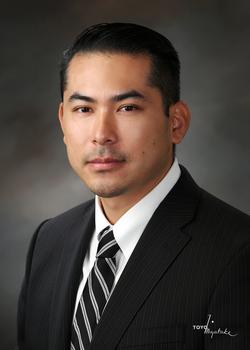 Born and raised in Los Angeles, CA, Russell is an example of the ethnic melting pot of Southern California.
He and his family have always been involved in the community, from the temple and its youth groups, several sports programs, and Cub Scouts through Eagle Scout. Russell continues to reconnect and remains grounded in our community.

After graduating from the University of California Irvine with a degree in psychology, he worked with children and adolescents with Autism/Aspergers, and other various learning and developmental disorders. Through this, he found working with families and individuals to be highly gratifying.

Having also helped guide many families through putting their preneed wishes on file, he feels a great sense of duty, respect, and reward for helping others through delicate and difficult decisions. While remaining professional, his friendly and sensitive nature helps bring about an ease in interacting with people.

With his energy and passion for serving families, he feels honored to represent the Fukui tradition that serviced many of his own family members, and continue its great legacy.

Ayumi Taira attended California Polytechnic University in Pomona, where she received a bachelors degree in Sociology with a minor in Criminal Justice. Upon graduation, Ayumi joined the staff of Fukui Mortuary where she is proud and honored to be a part of an organization with a long history of service to families in their time of need.

As a devoted dog lover, Ayumi spends most of her spare time volunteering her services to Pugs n’ Pals, a non-profit dog rescue organization based in Newport Beach. She currently resides with her beloved pet pug Minnie in the city of Alhambra, California where she was born and raised. 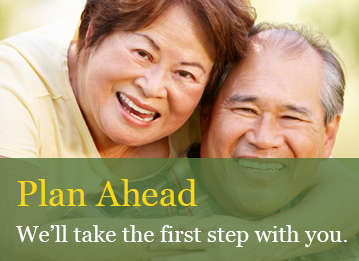