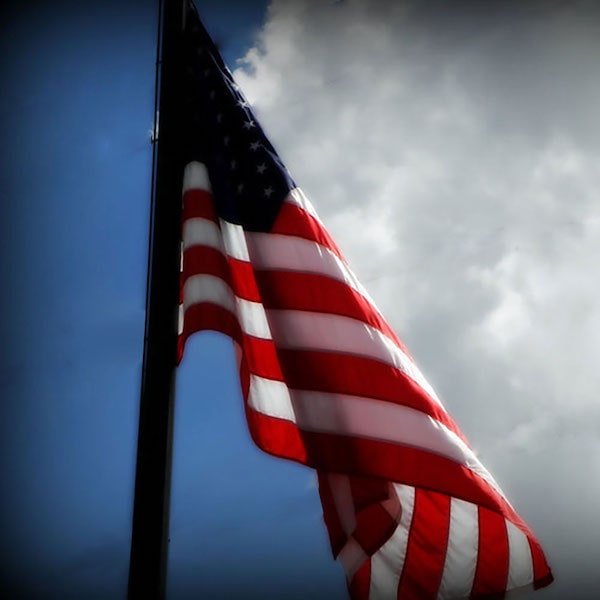 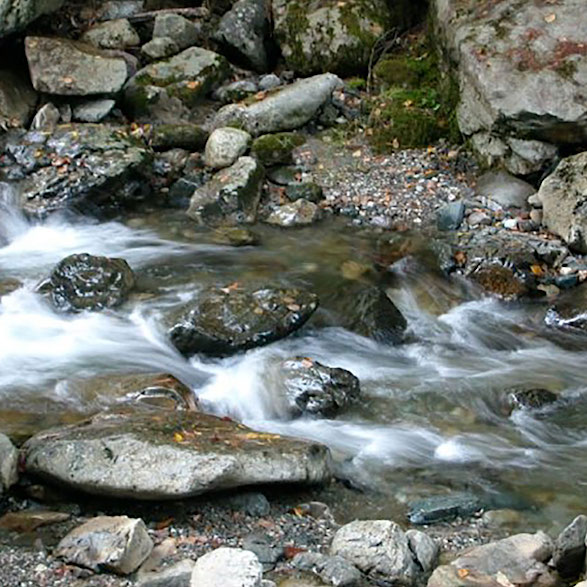 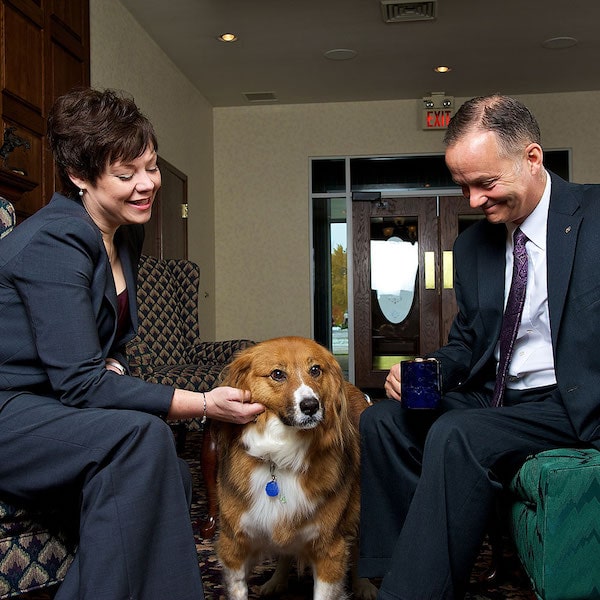 How We Grieve on Social Media 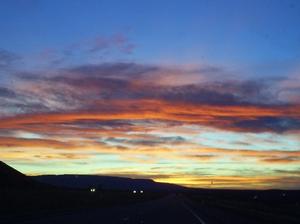 At 2:38 p.m. on September 9, 2013, Jeremy Fowler posted a picture of his family wearing bicycle helmets while standing in front of the split-rail fence of a horse corral in nowhere New Hampshire. The reflection of their washed out skin bespoke the 2.0 megapixels of Jeremy's flip phone camera. It was a strange image to arrive on my Facebook news-feed, a pixilated tribute to Jeremy's father who died 48 hours earlier. It was Jeremy's last photograph with all of family members present, a gesture of quixotic solemnity in a medium where the earnest so often do not belong.

He accompanied the picture with this status: "Yesterday my dad unexpectedly went to be with the Lord, we're glad that he's in a far better place than we are but we will miss him so much, plz pray for our family during this difficult time!" To date, the post has received 62 likes and 33 comments from some of his 459 friends. Most have said things like, "God be with y'all!!! We have and will continue to pray."

Death, typically such a huge taboo, was now a subject fit for Facebook, with all its abbreviated spellings and exclamation marks.

Commentary abounds on social media's capacity to foster narcissism and encourage an individual to drift into a digital world where the touch of computer keys is the closest thing to human interaction. These predictable arguments inevitably end in macho injunctions to "get outside!" and "experience the world!" and "meet your neighbors!"

While this commentary goes on, the rest of the world is happy to take a dip in the pool with old Narcissus, living online in the realm of the self.

But then a friend posts that his dad died.

We are left to write, "It is going to be okay."  This is how we comfort Jeremy, a college sophomore and old friend who is now fatherless.

Suddenly, an online space typically reserved for jokes and self-promotion is soaked in the earnest rhetoric of condolence and spirituality as people request prayers and thoughts. The transition feels strange and almost inappropriate. The easy snark and sarcasm that dominates comment-section discussion is replaced by promises of remembrance, but only for a moment, as presumably, the well-wishers then return to their regularly scheduled social media programming.

The experience of watching this all unfold can be agonizing, akin to watching your parents cry for the first time. We experience the same bizarre realization that weakness and vulnerability are real and present things in people's lives, and our capacity to respond is often limited to helpless sentences, misspelled words, and exclamation marks. We are left to write, "It is going to be okay" to someone who just lost their father. We press plastic keys down and up in a rhythmic manner as sharp letters line up before us in perfect rows. This is how we have come to talk about grief. This is how we comfort Jeremy, a college sophomore and old friend who is now fatherless.

But somehow, it helps.

Social media can act as a social buffer or catalyst for people's pain and loneliness. It is a cry for warmth and sympathy in an otherwise superficial and narcissistic environment, explained Tomas Chamorro-Premuzic, a professor of business psychology at the University of London. People's sympathy and "likes" are genuine, not least because they recognize that the person is genuinely looking for support and help rather than the usual admiration or status approval.

An individual's orientation towards social media changes radically when tragedy enters the picture, altering his use of the medium by distracting his attention from his own image. This functions as an inversion of the norm.

The key is that in critical moments people switch from "acting good"(portraying an unrealistically successful digital persona) and seeking status to "being down" and seeking warmth and affiliation, Chamorro-Premuzic said. Users begin to acknowledge the greater community as something more than an affirmation indicated by a digital thumb. Focus shifts from a desire for an endorsement to a desire for support. Tragedy invites us to lay aside the "I" of social media and embrace the "we."

At stake is the way in which we communicate about the most critical elements of human life, and if someone is comforted by the 33 likes they receive for the pixelated photo commemorating their late father, it deserves our attention.

Even so, there is some question as to whether this shift is merely a new way of expressing an old sentiment. While tragedy may well change the way we use a particular site, media psychologist Jerri Hogg thinks that social media may not have significantly changed the way that we grieve. Hogg describes social media as just the new current tool that connects us with friends and family, rather than a new behavior. "Is it good? Is it bad?" she asked. "No, I think it is just different. The primary drivers for the behavior haven't changed. We need to adjust to the new normal."

Facebook has even anticipated this shift, offering detailed instructions on how a loved one's page can be memorialized.

"The distance provided by social media is extraordinarily safer, but that doesn't make it less meaningful."

Yet while the experience of grief clearly changes the way we use social media, the possibility lingers that social media may also influence and mediate the nature of grief itself. Professor Garry Hare, program director for media psychology at Fielding Graduate University, argued toward this end. He praised social media for its work in fomenting the grieving process it sets it within the context of a community that comes together and says you are not alone. And that helps. He suggested that social media has actually ameliorated the individual's capacity to comfort the grieving, offering a framework conducive to the expression of sympathy.

In the old days, you had to go knock on your neighbor's door when something was wrong, he said. But not very many of us did it because we didn't know what to say. We were just not equipped. You could send them soup. You can send them a note. Now, the distance provided by social media is extraordinarily safer and that doesn't make it less meaningful.

Hare underscored this message by pointing to the Facebook page dedicated to finding those lost in Hotel Montana during the Haiti Earthquake in January 2010. Hundreds of people were pronounced missing from this four-star resort upon its collapse, and this page became a central means for communication in the aftermath directly following the incident.

The Seattle Times reported that the site began in Long Island when Caitlin Fuentes, a 26-year-oldteacher, her sister Lizzy and her brother Matt heard about the quake on the news. They Googled the hotel and found nothing other than sites taking reservations. So they created a group page for the Montana on Facebook and posted the name of their uncle. Within minutes, the page was flooded with the names of those missing inside the hotel.

As information tumbled in, the site transitioned from a source of information to a source of comfort. Open prayers, invitations to vigils,and quiet eulogies invited visitors to participate in the grief of those who lost loved ones. Under an album labeled "Forever in our hearts" you can still find the portraits of 10 of those lost in the earthquake. Above the faces of these children and adults you will find the same wistful label, May you fly with the angels.

In all of this, you are hard pressed to find a single person "trolling" the site with the sort of misanthropic vitriol so infamous on social media discussion boards. Where anonymous dialogue usually fosters a sort of vile and inhuman debate, the site's current moderator, Bob Allen, commented on being staggered that with 15,000 people on this page, you could count the number of problems on one hand.

The comments that accompany these images are eclectic, the messages varying from "God bless you all!!!!!" to "I am so so sorry :(" And though we may wonder why someone would use an exclamation point or a sad face emoticon when reflecting on this tragedy, there is something awful and brutally humanizing about it all. You get the sense that this is what tragedy looks like and this is how our hearts actually respond.

We're talking about a medium where the self is editable, and here we choose to use it to give voice to weakness.

Hare pointed out that Facebook gives people the opportunity to be honest ... you are allowed to admit that you don't know what to say. When your friend publishes a picture of his father that just passed away you can't know how to respond. We only know that we're ill-equipped to say much of anything, even when we want to. Social media helps us to speak honestly ... and that's very powerful.

Ultimately, Hare suggested that sites like Facebook may fundamentally alter the way in which we grieve, In theory, the newspaper can cover a tragedy and you could write a letter to the editor or comment on the website, but in almost all cases its going through an editor. Someone is actually editing our emotional reactions to something. We're learning that that this isn't a very good use of time...the more editors there are the less real communication will take place. When something does happen that is a tragedy people know where they can go for an unedited reaction. And that is new in the world of communication.

It's a little ironic that social media would lend itself to telling the truth about tragedy. We're talking about a medium where the self is editable, and here we choose to use it to give voice to weakness. It maybe awkward and a little embarrassing, but it also might just be the most truthful depiction of ourselves.

Hotel Montana's Facebook site was defined by this brand of honesty. When Bob Allen recalls its effect, he tells the story of the one message that has lingered on his office phone ever since the tragedy. It is a phone call from the widow of one of those who was lost. And I will not erase it, he told me. It's just a simple phone call, her checking in to see how I'm doing. This woman who just lost her husband, checking in on me.

Jeremy once told me the same thing.

Joshua Andrew - How We Grieve on Social Media