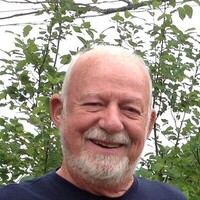 William Pike, a longtime resident of Reading, formally of Medford, passed away on May 27, 2020 peacefully at home surrounded by his loving family after a long courageous battle with cancer. He was 83 years of age.

Bill was born in E. Providence, RI on March 12, 1937, the son of the late William and Grace (Phillips) Pike and stepson of the late Allan Prime. He was a graduate of Medford High School, Class of 1957. Upon graduation, he worked first at US Gear and later at Avco/Textron as a machinist for thirty seven years. From the age of seventeen into retirement, he had a well-established reputation as a one of the best mechanics you’ll ever meet. He was an avid car enthusiast serving as chief mechanic to several top fuel drag racing teams over a thirty –five- year period. At one time, he was one of the proud owners of the Mr. Boston top fuel dragster. In his retirement he enjoyed exhibiting at and attending a variety of car shows. As a member of the NHRA and IHRA, he participated in several fundraising events including The Race Against Drugs, ALS research and The Make a Wish Foundation.

Bill was a gregarious guy with countless friends. He travelled over many years to New Brunswick and Nova Scotia to reconnect with the family and country he so loved. He was known for his unwavering work ethic, loyalty, integrity and animated story-telling. Always willing to help, Bill was the first person to roll up his sleeves and the last person to pack up his tool box. He was a self-taught, driving force that tirelessly supported his family and friends, could fix anything and a mentor to many.

Bill was the beloved husband of Lois M. (Skillin) Pike. Devoted father of Joan P. Meltzer and her husband Jay of Lincoln, Jill M.P. Cain and her husband Bill of North Reading, and Jane A. Shields and her husband Stephen of Atkinson, NH. Cherished brother of Susan Tasker of Nova Scotia, Canada, Ruby Duncan of Rye, NH, Fred “Skip” Prime of Hamilton, the late Nancy Graham and the late Robert Prime. Loving grandfather of Jessica, Tim, Lauren, her husband Paul, Erin, Annie, Harry, and Maggie. Loving great grandfather of Liana, Peter and Myra. Bill was also a cherished uncle to many nieces and nephews.

In lieu of flowers, contributions may be made to the St. Jude Children’s Hospital, 501 St. Jude Place, Memphis TN 38105. www.st.jude.org.