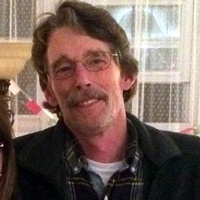 William K. “Bill” Hall Jr., 64, of Clarks Summit died Sunday November 18 at Hospice of the Sacred Heart after an unexpected and swift cancer diagnosis. With his beloved and devoted wife Maureen (Mo) and daughter Maggie constantly by his side he fought his illness with grace and dignity.  He was surrounded by friends and family who provided Mo, Maggie and Bill the support and love to deal with his devastating disease.

Born in Scranton and raised in Glenburn, he was the son of the late William K., Sr. and Estelle Puchart Hall. He was a 1971 graduate of Abington Heights High School and worked most of his life as an Artisan Carpenter.  He spent 20 years of his young adult life in Stowe, Vermont, where he continued to visit after moving back to Clarks Summit. Bill was an avid outdoorsman and enjoyed hunting, particularly spring turkey , fly fishing, and traveling.to Lake Ontario often to master his art of catching Rainbow trout and Salmon. Fish On!  However, the most important piece of Bill’s life was how proud he was of his daughter Maggie, as he proved by living to see her 18th birthday, his love and devotion will be profoundly missed.

The family would like to extend a special thank you to the staff at Hospice of the Sacred Heart for their compassionate care.

Surviving are his wife of almost 20 years the former Maureen Murray, daughter Maggie Hall, Clarks Summit; a brother David Hall, Glenburn; a nephew Peter W. Hall, Glenburn; and several nieces and nephews brother and sister in laws, cousins an aunt and his father in law.

He was preceded in death by a brother Jonathan Hall who died in 2016.

Visitation will be held from 2pm until the time of the service at the funeral home.

Memorial Contributions may be made to Hospice of the Sacred Heart 600 Baltimore Drive Wilkes-Barre, PA 18702 .