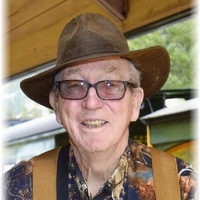 William (Bill) Nelson Parrish, 82 of Paris passed away Tuesday, November 3, 2020 at Fulton Medical Center in Fulton, MO.  Bill was born March 5, 1938 in Paris, MO, son of the late Turner and Ursula (Phillips) Parrish.  On June 21, 1991 he was united in marriage to Patty Adkisson.

In addition to his wife Patty of 29 years, he will be sadly missed and lovingly remembered by his children, Carol Crigler (Brian) of Paris, Beverly Jones (Wayne) of Paris, Glinda Parrish of Glasgow, William (Billy) Parrish of Sanford, FL, Carla Bradley (Stephen) of Clark, Charla Fashing (James) of Centralia, Jody Robinson (Jennifer) of Clark; 14 grandchildren; 9 great- grandchildren and other relatives and many dear friends.  In addition to his parents, a sister, Dean Francis Gibson, an infant son, and 2 infant grandchildren preceded him in death.

Bill was an avid outdoorsman his entire life who shared this passion with his family and friends.  He loved to hunt, fish and ride mules.  Bill loved animals, especially his many dogs.  He loved living on his family farm and spending time with those dear to him.  He raised elk, and both Longhorn and Angus cattle on his farm.  Bill farmed when he was younger and was always eager to help his family and friends.  He was a member of Perry Baptist Church.  Bill had such a great sense of humor and loved a good prank.  He brought so much joy to everyone who knew him. He was our LEGEND!

Family will be holding a private service on Saturday, November 7 with an open burial at Pleasant Hill Cemetery, Paris, MO at 11:00 AM.

Memorial donations can be made to the Fulton Medical Center and St. Judes Children’s Hospital.