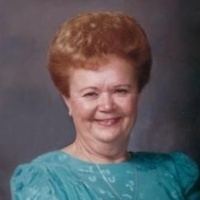 Virginia was born March 15, 1928 in Heavener, Oklahoma, to Walter Hearst and Lula Ardeane (Black) Williams. She moved with her family to Lompoc in July 1942, continued her high school education while ushering at the Lompoc Theatre. She graduated from Lompoc Union High School in 1946. Following graduation, Virginia was a sales clerk at DeGroot’s Stationery Store and American Jewelers. She married Tony Machado Sr. in June 1947. Together they had three children Ardeane, Tony Jr. and Peggi. She was a homemaker for the following 20 years.

In 1968, Virginia restarted her career at Jorgensen’s Jewelers where she joyfully worked for many years. She met and later married Tony Bettencourt in October 1972. During their marriage, they owned and operated Bettencourt Yard Service.

Virginia became a member of La Purisima Concepción Catholic Church in 1947 and was a devout member attending church regularly until she was no longer able. She was a founding member of Lompoc Elks Ladies Club. She served in several officer positions including president. She loved to dance, travel and bowl. Virginia participated in various bowling leagues and looked forward to playing regularly with her Sunday night and Tuesday morning teams. She eagerly anticipated her bowling tournaments and traveled quite a bit to participate in them. Virginia and Tony’s travels took them many places. They both enjoyed going on cruises and visited many different places including Alaska, the Hawaiian Islands and through the Panama Canal.

A memorial mass will be held for Virginia on Monday, August 5th at 11 a.m. at La Purisima Concepción Catholic Church at 216 West Olive Avenue. A Rosary and Vigil will proceed the memorial mass at 10:30 a.m. Interment will follow in the Lompoc Evergreen Cemetery.