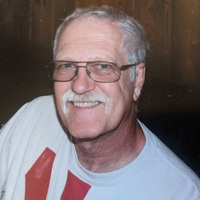 My name is Vernon Borgen, that's what they called me at work. Some friends and family called me Van. My students called me Sensei.

I was born in Watertown, SD, in 1948. Our family moved to Fargo in 1958, and I graduated from North High School in 1967 and went on to attend NDSU, majoring in mechanical engineering. During the summers of my youth, I worked on the family farm in Veblen, SD.

After four years of college and without a degree, I joined the US Army, attended Salvage Diving School and was assigned to Naha Military Port in Okinawa, worked in the Naval Architect's office, helped him design the world's largest self-propelled gantry crane. The SCUBA diving and snorkeling was awesome. After two years, I was transferred to the Japan Engineer District just outside of Tokyo for three additional years. As part of an engineering team, I helped develop specifications and supervised the overhaul of a 33-megawatt steam turbine power barge. I received the Army Accommodation Medal.

The old slogan, “you can take the man out of the Army, but you can’t take the Army out of the man,” describes me well. I believe that “Duty and Honor” are paramount to being a proper human being.

I returned to the United States at a time when young soldiers were held to blame for the atrocities of the Vietnam Police Action. I suffered from depression and anxiety. I had enjoyed my time in Japan and had found the experience deeply educational and had grown to admire the Japanese people and how they lived their lives. I decided to study a Japanese martial art.

I was enrolled in Mechanical Engineering at NDSU, and I discovered a pleasant little judo club on campus. After two years, the instructor graduated from NDSU and I took over the judo class. Over 32 years of teaching I had close to 3,000 students. The NDSU Registrar stated that the Judo class was the most popular evening class at NDSU and consistently was rated by the students as one of the highest-rated, on campus. 25 or so of those students became black belts. My students started judo schools in Dickinson, Bismarck, Moorhead, Alexandria, St. Cloud,” and two in Minneapolis. I continued to teach seminars after I retired. More than anything, it was the wonderful people I got to hang out with.

Martial arts properly taught brings out the best in people.

My study of martial arts was primarily judo centered. I preferred the martial arts aspect of Judo. As I studied, I grew in courage, knowledge of self, benevolence, and how to get the best out of people; these skills I used at work as a supervisor. I earned a 6th-degree black belt in judo and jujutsu, a 5th-degree black belt in Zen Judo, an offshoot of the DaiNippon Butokukwai in Kyoto, Japan and a 3rd-degree black belt in Goshin Budo Jujutsu of Darrell Craig Shihan. I studied Aikido and Iaido (the use of the Japanese sword). I was inducted into the 2007 US Martial Arts Hall of Fame as Instructor of the Year.  I taught students that efficiency (good use of your energy) and working together are key pieces of an enlightened person. To live with peace and a purpose.

As a member of the faculty at NDSU, I was encouraged to continue my education and have undeclared minors in biophysics, agricultural engineering, religion, and athletic training.

After five years at NDSU, I took a job as the facility engineer at the USDA Metabolism and Radiation Research Laboratory. As part of an engineering team, my first big project was the design and construction supervision of the Northern Crop Science Laboratory. The laboratory received many national architectural awards. I made energy conservation my thing and, over the years, developed infrastructure that currently saves the USDA Red River Valley Agricultural Research Center $500,000 annually in energy and operating costs. Over 26 years I received many energy conservation awards; in 1994, I was awarded the Department of Energy - Energy Manager award.

After I retired, my wife Carol and I moved to Custer, SD. We designed and built a solar oriented, passive, and active solar super-insulated home with a Japanese flair. I enjoyed hiking and rock climbing. Then in 2017, I was diagnosed with lung cancer.

I was married three times, the first time to a Japanese woman, Rumiko. The second time to Melissa, this bond brought daughter, Brittany. I met the love of my life, Carol, in 2002, we married in 2007, she is my best friend, and we have had a most delightful, most excellent adventure. With my marriage to Carol, we have three daughters: Amy, Kristen, and Brittany. All are happily married and are actively engaged in the world. We have two granddaughters and two grandsons.

Services will be held when the Corona Virus restrictions are lifted.

Arrangements have been placed in the care of Chamberlain McColley’s Funeral Home in Custer. Written condolences and guestbook entries may be made at www.chamberlainmccolleys.com.