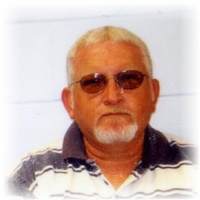 Travis Kent Riley, 59, of Madison passed away on Wednesday, November 14, 2018 at the Monroe Manor Nursing home in Paris after a 3 year battle with cancer.

Travis was born on May 24, 1959 in Moberly, MO to James Travis and Darleen Kent Riley. He graduated from Madison High School in 1977 and worked that summer for the State Highway Department.  He later worked for Toastmaster, Qualico, and for the last several years he worked for the Missouri Department of Corrections, but retired because of ill health.

Travis was an avid hunter, loved golf, and being with friends.  Travis was a true American, who loved his country, and respected our servicemen and veterans.

Funeral services will be held at 3:00 p.m. Sunday, November 18, 2018 with Reverend Larry Thomas officiating at the Madison Area Community Center with visitation from 12:30 until time of service on Sunday. Agnew Funeral Home was in charge of the arrangements.