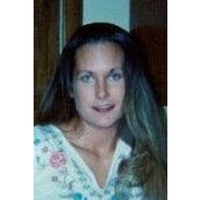 Tonya was born in El Paso, Texas on March 30, 1977, and moved to Michigan when she was a year old. She graduated from Mio AuSable High School and attended Kirtland Community College. Tonya worked as a clerk for the Oscoda County Court System. She was a member of the Mio Moose Lodge, and played for Talley’s Pool League. Tonya was a gifted artist. She loved her kids and animals. She was an avid Denver Broncos Fan and was an excellent cook. She will always be remembered for her contagious smile and loyal friendships.

Visitation on Thursday, October 4, 2018 from 2 – 4 and 6 – 8 PM at the Lashley Funeral Home, Mio, MI; and also on Friday, October 5, 2018 from 10 AM until the time of Funeral Services at 11 AM at the Mio Seventh-day Adventist Church, Mio, Michigan with Pastor Jay Clough officiating. Interment will follow the services at Mentor Twp. Cemetery, Mio, Michigan.