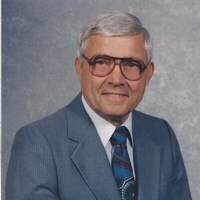 Talton Turrentine Williams left this earth to be with his Lord on May 8, 2020. His wife, Araminta and children, whom he loved dearly, were by his side. Talton was predeceased in death by his two brothers Wesley Williams and Harris Williams, two sisters Rosa Thalmann and Edith Prescot and his first wife Marie Gore Williams. He is survived by his wife, Araminta; brother, Charles Williams; son Tim (Carole) Williams of Franklin and daughter Gwen (Greg) Davis of Knoxville; Araminta’s children, Chan (Jane Ann) McCullough and Cheryl (Glenn) Ryans; eleven grandchildren and eleven great grandchildren.

Talton enjoyed life with his family and friends in the outdoors with camping, boating, and snow skiing. He was an avid traveler visiting all 50 states and several countries abroad. He will be remembered as a loving husband, father, grandfather and a friend to everyone he met.   He was born in Oglesby, TN (now known as Nippers corner in Nashville) on March 17, 1927. After attending Central High School of Nashville, he enlisted in the U.S. Navy where he served his country aboard the Lunga Point during World War II. With the war ending and his return to Nashville, he began his career at Clark Hardware and served the company for thirty-seven years advancing to Vice President. He served his community in the Nashville American Legion Post 5, Benevolent and Protective Order of Elks, Brentwood, TN; Boy Scout assistant with Troop 243 and through many church activities. Talton has always served his Lord faithfully as an active member of Waverly Place United Methodist Church, charter member at Forest Hills United Methodist Church and most currently at Hillsboro Presbyterian Church.

In light of the difficult health crisis facing society, a celebration of life will be held at a later date to be determined. In lieu of flowers, the family requests donations be made to Hillsboro Presbyterian Church, 5820 Hillsboro Pike, Nashville, TN 37215.