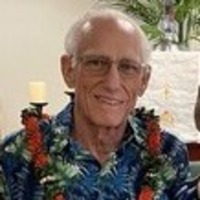 Stephen Lyle Hammer was born in Clarion, Iowa on May 31, 1944 to parents Reverend Norman and Virgie Hammer.  He was the second of three children.  Throughout his childhood years as a Pastor’s Kid, he lived in Los Angeles CA, Watertown SD, and Honolulu HI eventually graduating from Roosevelt High School, Honolulu HI in 1962.  Growing up, Steve was active in Boy Scouts earning the Pro Dei Patri Award, delivered news papers in the hills of Hawaii, played the trombone during high school and junior college and sang in church and junior college choirs. Steve’s love of photography began while in high school and he even had the opportunity to meet Richard Nixon while shooting photos in Honolulu.

In 1968, Steve met Sylvia Wahlstrom on a blind date.  After getting engaged in Honolulu HI, they wed in the cold of winter in Hendricks MN on January 3, 1970. Two children, Slade and Sacha, were born to this union.

In 1973, Steve and Sylvia moved to Glendive Montana where Steve started his first professional job at Dawson County High School as the Media Director.  He eventually began teaching Photography and T.V. Production classes.  Steve was ahead of his time with Audio Visual productions which led him to build the best high school media center in Montana with the help of colleagues. Steve’s skills were used throughout every event held at DCHS from sports, Fine Arts activities, community concerts, Ms. Montana pageants, dance recitals, formal dance pictures, and sport team pictures.  The endless hours Steve would put in at the high school would be irritating to his family at times but in the end, a blessed gift to the community of Glendive.  While approaching retirement, Steve also taught Shop classes and created wonderful and odd items out of steel, aluminum and brass ranging from an auto shift handle, industrial coat hangers, toilet paper roll holder, and hammers.  After 31 years, Steve retired from teaching in June 2004.

Steve was very active at Zion Lutheran Church in Glendive, MT.  He was on the church council serving as President for many years, built the sound booth for the sanctuary, served as Deacon, sang in Senior Choir and helped coordinate and run “Youth Alive” events at the DCHS Auditorium.  If you didn’t find Steve at the high school, you would have found him at church.

From 1974 until the day before Steve and Sylvia moved out of their home, Steve was remodeling. He loved to draw up architectural plans for the remodeled kitchen, bathroom and the two additions to their Montana home.  While the kitchen had the amount of lights to light up a stadium, the last piece of molding was finally screwed in shortly before they moved.  Steve’s creativity went well beyond the cameras.

In Fall of 2004, Sylvia’s career led them to pack up their home of 30 years and move to Eagan MN.  After a short time renting, they purchased a home in Apple Valley MN.  While Sylvia was working, Steve landed a part time job with the City of Bloomington Center for the Arts with the help of Sacha.  He was very over qualified for the position, but Sylvia needed him to do something and get out of the house.  Steve’s jobs with this part time position quickly grew into not only running the sound for productions, but also setting lights for concerts, plays and more.  On top of this, his skills were utilized during City Council meetings, Arts in the Parks events, taking pictures with Sacha at Adaptive Recreation events and more.  In December of 2019, Steve handed in his City Badge and entered into full retirement.

Steve and Sylvia became members of Easter Lutheran Church in 2005.  Steve was active at church by running the sound for services and singing in the choir.

After moving to MN, Steve and Sylvia traveled spending time in warmer climates, and golfed.  The remodeling adventures continued in their MN home, however, Steve handed over the “hammer” to contractors to do the work.

In 2012, Steve’s diagnosis of Esophageal/Lung Cancer turned our world upside down but he proved to be a fighter until the very end.  Throughout all the ups and downs, Steve was able to spend time with all four of his grandchildren, continued to travel, worked at Bloomington, and even golfed.  Steve’s first Oncologist told him to live like he didn’t have cancer and he did.

Steve is proceeded in death by his parents: Reverend Norman and Virgie Hammer; and sister, Sonja Latawiec.  He is survived by his wife of over 50 years, Sylvia; children Slade (Danielle) and Sacha (Craig) Pankratz; grandchildren, Chase, Crew, Collins, and Parks; sister, Jordan Sack; brother-in-law, Craig Latawiec; also by other loving family and many friends.

Memorial service is by invitation only on September 29, 2020 at 11 AM CST at Easter Lutheran Church (4200 Pilot Knob Rd) Eagan MN.  The service will be live streamed and a link will be provided on www.Easter.org as well as below.  Burial will take place at Lebanon Cemetery of Apple Valley MN immediately following the service.  In lieu of flowers, memorials are suggested to Mayo Clinic Cancer Research (Rochester MN), Zion Lutheran Church (Glendive MT) and Easter Lutheran Church (Eagan MN).

The live stream of the memorial service for Stephen Lyle Hammer on Tuesday, September 29th at 11 am can be found on the link below: