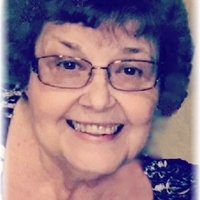 Sharon Kay Allgood, 75 of Paris, MO passed away on Wednesday, October 7, 2020 at the Monroe Manor Nursing home in Paris.

Mrs. Allgood was born on January 7, 1945 in Harrison, AR. the daughter of Perry “Buck” and Ora Scott Ellis. She attended College of the Ozarks where she earned her Bachelor’s degree in education. She then furthered her education and received her Master's degree in counseling. While teaching elementary school in Ralls county, MO she met the love of her life, Paul Lewis Allgood, and they were married on May 23, 1970 in Harrison, AR. and he survives at the home.  Sharon was a 4th grade educator for 45 years in the State of Missouri. She was also a member of the First Baptist Church in Paris for many years where she enjoyed teaching Sunday school.

Sharon is survived by her husband; Paul Allgood; her children, a son; Michael Paul (Audra) Allgood, of Hannibal, MO and her daughter; Allison Kay Allgood of Columbia, MO; Four grandchildren; Logan, Adalyn, Lauryn and Maegyn Allgood all of Hannibal, MO and a host of nieces and nephews. She was preceded in death by her parents, five brothers; Perry Jr., Jack, Johnny, Bennie and Garry; one sister; Phyllis.

Funeral services will be held at 11:00 a.m. on Saturday, October 10, 2020 at the First Baptist Church in Paris with Reverend Wesley Hammond officiating. Visitation will be held on Friday from 5 to 7 at the Church. Burial will be in Walnut Grove Cemetery in Paris.

Memorials may be made to the Paris First Baptist Church, or the American Cancer Society.

To send a flower arrangement to the family of Sharon Kay Allgood, please click here to visit our Sympathy Store.