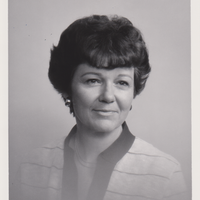 Margaret was born on Wilshire Blvd in Los Angeles, California, at a Christmas Day Party in 1924 to Walter Erwin Lewis, Sr. and Willie Fay Onstott Lewis.

As World War II broke out, Margaret worked as a tool designer at Douglas Aircraft in Long Beach, California, designing the wing jigs for the B-17 Flying Fortress, which bear her official signature. She remained there until 1946, after which she worked at various engineering and architectural firms in Palo Alto and Arcadia, California.

In 1961, she opened her own architectural firm with partner RT Maddox and a staff of 8 draftsmen. Within a few years, she designed and built Design Center in West Covina, a two-story complex housing a multitude of building trades.  Her new partner, Jackson K. Walters joined her and the large staff.  Nearly every year they won design awards from organizations such as American Institute of Building Design, Edison, Southern California Gas Company and multiple cities.  Margaret became one of the most distinguished female architects of her era, designing over 5,000 commercial buildings, custom homes and, housing tracts throughout the western United States, Texas, Hawaii and Alaska.

In 1977, she was commission by Rich Snyder, President of In-N-Out Burger to begin the exclusive design of 28 new restaurants, along with new private residences for Esther, Rich, and Guy Snyder.  During this same period, she designed the In-N-Out Burger University and the Baldwin Park company headquarters, for which she won the Los Angeles Beautiful Building Award.

Her proudest contribution to her family and community was the 300 acre housing development of Mesa Oaks in Lompoc, California. She partnered with her brother Don Lewis to develop the tract of land owned by their grandparents Lula and Frank Onstott beginning in 1964.  She designed more than 300 custom homes within Mesa Oaks.

Margaret had a passion for travelling and was an active bridge player with the ACBL. She was known for her warm smile, easy laugh, and generous hosting.