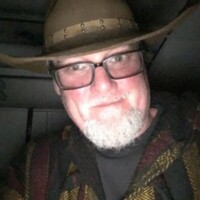 Ryan Alexis Mortensen passed away on April 15, 2020, at his home in Lompoc, California, from an unknown cardiovascular event. Ryan was born on August 24, 1974, in the Lompoc Hospital. He lived in Lompoc for all of his 45 years of life. He graduated from Cabrillo High School in 1992. Ryan owned R. Mortensen Construction Company and had worked in construction since he was 19 years old. In the beginning of his construction career, he worked for a fencing company and later worked for Ebbert Construction prior to getting his Contractor’s License. He was an excellent contractor and took much pride in his work. For the last several years he worked as a Pyro Technician for the Fourth of July fireworks held in Lompoc.

He enjoyed the outdoors and loved hunting, fishing, biking, motorbiking, camping, boating, and playing outside with his son Jett. Jett mean the world to Ryan, and Ryan would have done anything for his 8-year old son. Ryan was very active in Lompoc festivities along with his girlfriend, Tina Mercer.

In lieu of flowers, donations can be made to the Ryan Mortensen Family Fund organized by his brother Andrew Mortensen. This is posted on Facebook. Donations can also be made out to Andrew R. Mortensen, 1040 E. Elizabeth St., Fort Collins, CO 80524. Andrew will deposit all donations to Jett’s individual bank account. There will not be a memorial service for Ryan at this time due to the Corona Virus. At a later undetermined date, that will be announced, a memorial service will be held at the Church of Jesus Christ of Latter-day Saints, located on Central Avenue in Lompoc.

To send a flower arrangement to the family of Ryan Alexis Mortensen, please click here to visit our Sympathy Store.