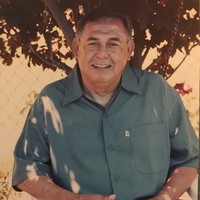 Ruben Evangelista was born on April 20, 1939, in Jalisco, Mexico, to Jesus Evangelista and Altagracia Pimienta.In 1960, he married Emilia Pío and they started a family including their eight kids: Rosalba, Chino, Pelon, Licho, Chayo, Lupe, Mari and Chuy.

He then decided that he wanted better for his family. That’s when he decided he would begin his journey to the United States in 1969. He landed in Santa Barbara. One year later 1970 Emilia then came to the United States and it was decided that Santa Barbara would be their home. In 1976, the older kids joined their parents and little brother Chuy. Eventually, after some struggles, the younger children joined and finally they were all together again.

Ruben was the oldest of 13 siblings, after he took the risk to come to the United States some siblings followed.

His work ethic and perseverance is some of the glue that brought the family together along with the love that he had for Emilia and their kids.

Some of the jobs he had that helped support the family were at the San Lorenzo Nursery, seasonally working at the fields in Oregon, SurgiDev, Embassy Hotel and Mission Linen which is where he retired from.

Ruben was very charismatic, hard-working, tough and loving. He and his wife of 59 years created three beautiful generations of Evangelista’s.

The last eight years were very difficult for him but he continued to show us his strength and never let it fade away throughout the struggles he faced.

Ruben will always be dearly loved and missed.