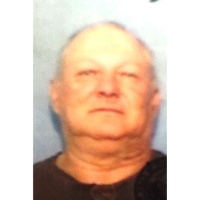 Mr. Knight was born January 15, 1951 in Haleyville, Alabama. As a young man he attended Winston County High School and served in the United States Army. He was a loving husband to his wife Glenda for 34 years, and was a doting father and grandfather who enjoyed spending his spare time with his family. Roger retired from truck driving, where his CB handle was “Hammerhead”.

Visitation will be held at Nichols Funeral Home Chapel in Haleyville on Friday, July 26, 2019 from 2:00 p.m. – 3:00 p.m. , with funeral services at 3:00 p.m. . Burial will be in Fairview Cemetery in Double Springs, Alabama. Brother Steve Wakefield will officiate.

He was preceded in death by his father; A. Z. Knight, his mother; Inez Knight, his brother; Floyd Knight, and his granddaughter Ma’kia Christmas.