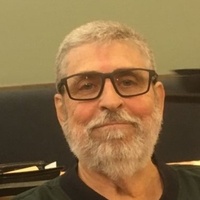 Robert was born October 8 1947 in Lansing Mi. to Charles Knapp Sr and Frieda (Psihas) Knapp. He was a graduate of Eastern High School 1966. After graduation he joined the Army and served from 1966-1969 he was stationed in Korea and Germany. He was a  member of the America Legion Post 237.  He retired from Rite Aid Pharmacy in 2013.

He is proceeded in death by his parents Charles Knapp Sr and Frieda Knapp, his brother Richard Knapp and his mother and father inlaw Helen and Frank Vincent.

At this time there will be no service.

All donations are to go to American Kidney Foundation in Roberts name.

To send a flower arrangement to the family of Robert L. Knapp, please click here to visit our Sympathy Store.