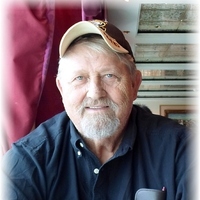 Robert (Bob) Miller Wilkerson, 77, a lifetime resident of Paris Missouri passed on Saturday, April 25, 2020, at home surrounded by family and loved ones.  He leaves behind his wife of 55 years, Margaret (Tootsie) Dianne Merrifield, son Rob Wilkerson, and daughter Leasa Gudderra. Bob’s greatest joys was his 10 grandchildren.

Family was also important to Bob and if you knew Bob, you were part of his family, especially if you made the measuring wall in his house. He recorded the growth of his grandchildren, children, friends, and family.  Even if you were full-grown, he would check your height.

Bob was born July 19, 1942, on Monroe County Road 753, east of Paris Missouri, the only son of Gilbert and Mildred Wilkerson. He had one sister, Margaret Mason(dec). He truly loved his family keeping them at the center of his life. He was the head of his family. He married the love of his life, Margaret Merrifield on July 17, 1965, in Wyoming, Ohio.

As a young child, he resided on a small farm located on Monroe County Road 753 where he attended the one-room schoolhouse of Powers Community and graduated from Paris High School in 1959. He went on to attend the University of Missouri where he received a bachelor’s and master’s degree in Agriculture Education.  Bob began his teaching career at Ashland, Missouri shortly after graduation in 1965. He returned to the farm in 1971 where he began raising pigs and farming. He was an active member of the Monroe County Young Farmers, Pork Producers, Fair board, gun club, and 4-H. He returned to the classroom in 1984 -1987 in Paris, Missouri. Shortly afterward working at Schofield Vet Supply, Monroe County Soil Conservation department, and in his later years Missouri State Water patrol.

When not working he enjoyed reading western and suspense novels, playing with their dogs, and bargain hunting. He took great pride in organizing his collections and finds. Bob also loved to travel and he was an expert planner. He would compile notebooks of the best sights to see and places to eat. Until the end of his life, he was planning adventures for Tootsie and himself. They had traveled the United States and to various countries around the globe.

He was a researcher, always searching for answers to problems and helping people with solutions. He didn’t shy away from technology and learned to use the internet to find anything, whether it was a question you might have or items you needed, Bob would find it for you. Always a teacher at heart, he would make sure you were informed and encouraged everyone around him to look at all sides of a situation. His advice was always honest, to the point and generally, spot on. His guidance and love will be missed by all who knew him.