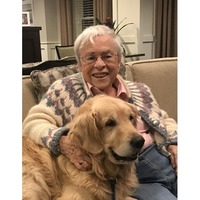 Priscilla L. (Loring) Griffin of Melvin Village New Hampshire, formerly of Ipswich, MA and Reading, MA, passed away on June 5, 2020 at the BrightView Assisted Living in Wakefield, MA.  She was 90 years of age.

Priscilla was the born in Winchester, Massachusetts on April 1, 1930 the daughter John Alden Loring, Sr. and Madeleine (Libby) Baisley.  Priscilla was a graduate of Brown University and Katherine Gibbs School.  Upon graduation she worked for Dr. Draper at Draper Labs.  In 1970, Priscilla started to work for her mother at the Roger A. Reed, Inc., a wax manufacturing company in Reading which opened in 1939.  She would later own the company until her retirement in 1987.  The third generation business continues today under her daughter’s ownership.  Priscilla was very active in her community.  She was a member and Past President of the Reading League of Women Voters and a member of the Ipswich League of Women’s Voters.  She was selected Who's Who of American Women. She was a member of the Governor’s Council working alongside Governor King.  She was on the board of directors for Mass Bank, N.E.W.B.O., and S.B.A.N.E.  She was the great granddaughter of Dr. Henry Libby and was the founder of the Friends of the Libby Museum in Wolfeboro NH.  Priscilla was an avid tennis player, gardener and loved her golden retrievers.  Her family, however, was first and foremost in her life.

A Memorial service celebrating her life will be held at a later date.  Burial is private.

In lieu of flowers contributions may be made in Priscilla’s memory to the the Friends of the Libby Museum PO Box 2062 Wolfeboro, NH 03894. www.friendsofthelibbymuseum.org