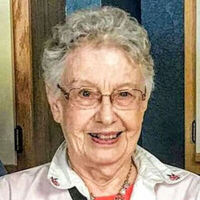 Phyllis was born on September 11, 1936, in Red Cloud, Nebraska to the late Escoe and Alice (Jones) Jennings.  She graduated in 1954 from Smith Center Kansas High School.

She loved living at Country Squire.  She enjoyed volunteering and participating in all of the activities.