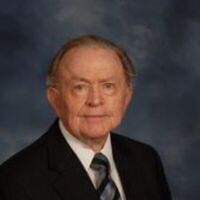 Oswald Nelson Anderson, Sr., 93, peacefully went home to be with the Lord on Tuesday, August 11, 2020. He was born in Jacksonville, FL on November 28, 1926 to the late Ozzie and Belle Baldree Anderson. Oswald was a veteran of the U.S. Army, serving in WWII, in the capacity of Drill Sgt., and promoted to Staff Sgt. In the U.S. Army Intelligence Agency. After his military service, he was employed with the Internal Revenue Service for several years before going to the United States Postal Service, from which he retired at the age of 47. After his retirement, in 1971 he and his wife, Maxine, showed their love for children as they became part of the Church of God Home for Children in Sevierville, TN, where they would serve as houseparents to approximately 30 young boys. Oswald also enjoyed filling the position as Administrative Assistant to several Superintendents and was in charge of Purchasing during this time, until 1986 with their move back home to Jacksonville. Following this return home, he served most humbly as a chaplain with Memorial Hospital.

For many years, Oswald enjoyed great health, exhibited a sweet spirit, and became loved by so many persons with whom he came into contact, especially at the YMCA and Planet Fitness. He became an avid fitness enthusiast, and would work out Monday through Friday for the next 25+ years, until his recent illness.

Oswald was a life-long member of and had been a Licensed Exhorter with the Church of God, International Headquarters in Cleveland, TN, with local membership at the Restoration (Regency) Church of God. He served as the Florida State COG Secretary and Treasurer from 1949 to 1951, when he accepted to Lee College (today Lee University), in Cleveland, TN. Transferring from the Springfield COG to the Southside Estates Church of God in 1958 (now Restoration Church of God). He had also served the church in the capacities of Clerk of Church, Sunday School Superintendant, member of Church & Pastor’s Council and Choir Director.

In lieu of flowers, the family is asking that donations be made to The Smoky Mountain Children’s Home (formerly The Church of God Home for Children) – 449 McCarn Circle, Sevierville, TN 37862 or online at www.smch.org/get-involved