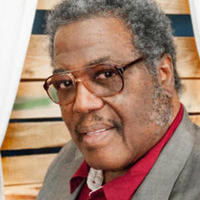 Celebration of life service for Mr. Orlando Carlos Henlon will be held on Saturday, September 7, 2019 at the Bay Area Church of Christ 3905 Orange Street, Mango, FL 33550 at  1 p.m. withEvangelist Tim Stutzman, officiating.   In honor of Orlando, the family is requesting that family and friends wear the color blue. In lieu of flowers, the family is requesting that donations be made out to Bay Area Church of Christ, memo line: Henlon Memorial: Venezuela Missions.

On Wednesday, August 28, 2019, Orlando Carlos Henlon, faithful loving husband and devoted father, passed away at the age of 72.

Orlando was born on June 21, 1947 and raised in Colón, Republic of Panama to Joseph and Lillian Henlon. He attended the University of South Florida and received his Bachelor’s Degree in Electrical Engineering in 1973. On December 29, 1973, he married the love of his life Casma E. Cockburn in Tampa, FL. They raised two sons, Orlando and Aurelio, and one daughter Damaris.

Shortly after graduating, Orlando discovered his love for the Lord, and along with his wife he was baptized on July 9, 1977. His relationship with the Lord was a cornerstone in his life, and he was passionate about his God and his family which extended beyond biological lines. If you knew him well, you would know that he was about spreading the gospel to everyone from that time on. In recent years, he has worked hard with the campus ministry and Venezuela Missions at Bay Area, where he has served as an Elder since 2009. By trade, he worked as an Electrical Engineer and later as teacher in Hillsborough County. He was known for his direct nature and humorous spirit.

Orlando was preceded in death by his father, Joseph, and his mother, Lillian. He is survived by his wife Casma, his three children, Orlando and wife Devrena, Aurelio and wife Cassandra, and Damaris and husband Rich, his seven grandchildren, Uriah, Noah, Ian, Zavierra, Orlando, Luca, and Liliana, his sisters Amelia and Siria, and host of extended family.