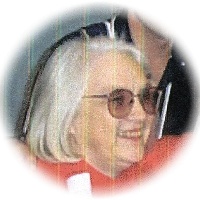 Nancy Carol Jackson, 77 of Paris, MO passed away on Thursday, August 15, 2019 at the SSM Health hospital in Mexico, MO.

Nancy was born on February 21, 1942 in Moberly, MO the daughter of Fred and Opal Bell Hoffman. She graduated from Paris R-II high school in 1960 and then attended North East Missouri State University also know as Truman. She was a secretary for the surgical center at Boone Hospital Center in Columbia. Nancy married William (Bill) Jackson on November 7, 1970 in Knob Noster, Missouri and he survives at the home. Other survivors include a sister; Ruth (Larry) Gray of Pleasant Hill, MO. She was preceded in death by her parents, and one brother; Warren Hoffman.

She was a member of the Paris First Christian Church.

Graveside services will be held on Sunday, August 18, 2019 at 2:00 p.m. at the Walnut Grove cemetery in Paris. Agnew funeral home was in charge of arrangements.

Memorials may be made to the Paris First Christian Church.