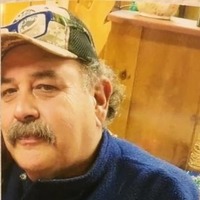 Miguel (Mike) Valdez was called home to his Lord and Savior on November 9, 2019. He is preceded in death by his parents Ismael Valdez Jr. and Alicia G. Valdez. He is survived by his loving and devoted wife of 22 years, Yolanda Valdez. He is also survived by his sisters, Diana Paredez (Gilbert), Beatriz Garcia (Albert Garcia), Isaura Hernandez, Maria De Refugio Cruz and Happy Valdez, as well as various nieces, nephews aunts and uncles. Mike was a Journeyman Electrician at Valley Baptist Medical Center for many years. He was not only a co-worker but a friend to many he worked with. He was a jack of all trades and was always there to give a helping hand to whomever needed it. He was the type of guy who would give the shirt off his back. There was nothing Mike liked better than an interesting conversation with a good (or new) friend. Mike could have an engaging conversation whether in line at the grocery store or with a simple phone call. Mike's true passion was behind his wood work and painting. Everyone seems to have a little bit of his artistry either on their lawns or hanging on their walls. He especially loved his nieces and nephews dearly. Uncle Mike was a big kid at heart and wasn't afraid to show it with little jokes here and there and his love for putting a smile on their faces. We would like to express that although not his parents, Mike cared for his father and mother in law, Juan and Magdalena Medellin, as such. They are blessed to have had him in their lives and love him as one of their own sons. Mike, Mikeito, Uncle Mike, was loved by everyone who met him and will be dearly missed by all.
Visitation will be held today Tuesday November 12, 2019 from 3:00 pm to 9:00 pm with a Holy Rosary to begin at 7:00 pm tonight. Funeral Mass will be held on Wednesday November 13, 2019 at 10:00 am at Queen of Peace Catholic Church. As per his wishes cremation will follow.
Arrangements are under the direction of Trinity at Harrison Funeral Home, 1002 East Harrison Ave. Harlingen, Texas 78550. You may leave condolences for the family at www.trinityfunerals.com.