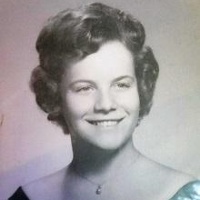 Maxine was a hard worker in raising her kids. She was an amateur chef working at serval restaurants and clubs. She enjoyed cooking for family and others. She always felt food was a connection for family and friends. She worked part time for her son’s wrecker service, Beards Towing in Fort Worth.

Her mother became ill and she moved back to Florida to take care of her. While back in Florida, she became an active member of the Navy Wives Club of America Mayport Florida #201. She then became a life member and received several awards and achievements.