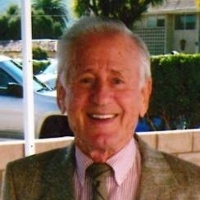 Max was born in Frankfurt Germany to Solomon and Sabine Federmann.  He was a twin and one of eight children, including older brother Herman, older sister Erna, twin brother Bernard, and four younger sisters: Rosa, Betty, Lea and Freda.

As a Jewish teenager, Max witnessed his synagogue burned to the ground.  In late 1942, Max's twin, Bernard, his sister Erna and his mother were killed in the Dachau and Auschwitz death camps by the Nazi Regime.  Later, Max became a member of the Italian partisan 5th Garibaldi Brigade, which had been fighting in the mountains behind enemy lines against the Nazis.

Max was wounded in combat and received a citation from British General Alexander, but this period of his life was a nightmare for him and one he never forgot even near the end of his life.

When the war finally ended, he stopped in a small town close to the German border where he met and fell in love with a beautiful Italian girl named Leda.

Max and Leda (who preceded Max in death August 14th, 2018) were married and moved to Frankfurt, where their first child, daughter Sabine, was born.  They emigrated to the United States in 1947.  They initially lived in Pittsfield, Massachusetts where their son Phillip was born.  Six years later they moved across country to Burbank, California where their son, Bernard was born.  Max joined Lockheed and worked as an aircraft mechanic for over 30 years, most of his time in Skunk Works.  Max built iconic aircraft like the SR-71, P-3 Orion, the L-1011 and even worked on parts for the Stealth Bomber.

Max often spoke at schools, colleges and churches, sharing his story of the Holocaust.  His belief was: “We owe it to the Jewish people who were killed, to never forget their stories, to speak to the new generations of the atrocities and to learn to live side by side with love and respect for each other.  That is the only way we can prevent things like the Holocaust from ever happening again."

Max had a deep faith in his Messiah, Jesus Christ.  His favorite verse of scripture was: Romans 1:16 "For I am not ashamed of the gospel, because it is the power of God that brings salvation to everyone who believes: first to the Jew, then to the Gentile".

Thank you to all who knew Max, shared life with Max and the wonderful staff at the Convalescent Care Center and Dr. James Trettin for their care.

A private burial will take place at the Lompoc Cemetery District.