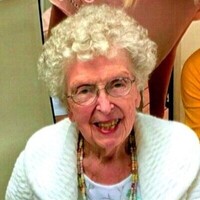 Martha Jean Hays, 92, beloved mother, grandmother and great grandmother went home to be with her Lord and Savior on Tuesday, June 16, 2020.  Martha was born and raised on the west side of Indianapolis and attended Fleming Garden Christian Church all her life where she served in many capacities.

All of her younger education began in Wayne Township.  After graduating from Ben Davis High School, Martha earned a B. S. and an M.S. from Butler University.  Her first teaching position was in sixth grade at Fleming Garden Grade School, her childhood school.  Next she taught at IPS #49 but eventually came back to Wayne Township where she became the head of the English Department at Ben Davis Junior High School.  She taught in Wayne Township for 25 years to complete her 38 year career in education.

Throughout her years of dedication to education, Martha received many honors.  Most special to her were: Senior’s Choice Awards,  being chosen as most significant educator in MSD Wayne Twp., Extra Mile Awards,  the Ben Davis High School Wall of Fame award for alumni with high achievement in their field of endeavor and the Sagamore of the Wabash Award from Governor O’Bannon.   The high point of her career was being received in the White House Rose Garden by President Ronald Reagan as part of Ben Davis Jr. High’s National Secondary School Recognition Award.   She served as President of the English Teachers Council of Greater Indianapolis. Martha was chosen to serve on National Council for Accreditation of Teacher Education teams around the country for 14 years and mentored many student teachers in her classroom. After retiring, Martha served a term as state president of the Indiana Retired Teachers Association and was the founder of the Wayne Township Retired Teachers Association.  Martha became president of Beta Gamma which was a new chapter of Delta Kappa Gamma (DKG) soon after she was invited to join DKG in 1961.  Due to her love of education, she contributed to many state and local committees and activities.

Martha is preceded in death by her husband of 60 years Richard A. Hays, by her parents Jesse and Roxy Smith, and by three of her four sisters; Ruth Pence, Iva Blackburn and Velma Wright.

Martha was an extremely faith filled, fun loving and caring person that passionately loved her family and her church. She was proud of her children, grandchildren and great grandchildren and taught them  a strong work ethic.  She enjoyed gardening, reading, crossword puzzles and being with family and friends.