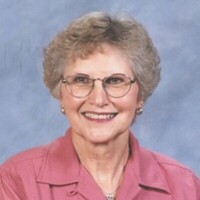 She was born Marlyss Evangeline Bitney, January 29, 1930, to Ephraim and Myrtle (Durand) Bitney, in Bloomer, Wisconsin.  She lived in Bloomer until she graduated from high school and then began nursing school in Eau Claire, Wisconsin.  She discontinued her schooling to marry Gardie A. Lee on August 15, 1948.  They had two children, Deborah and Lance.

Marlyss and Gardie worked together as a team their whole lives running multiple businesses in Eau Claire, Wisconsin and Duluth, Minnesota.  After running four successful businesses in Wisconsin and Minnesota, the family moved to Garden Grove, California in 1963, and then to Santa Paula in 1969.  After retirement, Gardie and Marlyss moved to Solvang in January of 1994, to be near their daughter and grandchildren.  Gardie passed away shortly after their move on May 23, 1994.

Marlyss then married Richard Tracey on December 19, 2000.  They moved to Prescott, Arizona in 2005.  They spent many years traveling together in their RVs before their health forced them to give up their gypsy ways.  Marlyss and Dick returned to Solvang in August of 2012.

To send a flower arrangement to the family of Marlyss Lee Tracey, please click here to visit our Sympathy Store.