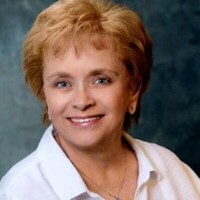 Margaret Mary (Marge) White Hemmick of Millersville, MD passed away on May 18, 2020 at Anne Arundel Medical Center. She was the daughter of the late William S. and Margaret M. White of NY and CA and beloved wife of Donald E. Hemmick for 54 years. She is survived by her brother Jack White of East Medford, Oregon; her daughter Cynthia L. Wiegand; her stepchildren Rob Hemmick, Maura Basanty and Christine Zamacona and 13 grandchildren and many nieces and nephews.

Marge had lived in the Millersville area for 20 years and was originally from Queens, New York and then San Jose, California. She graduated in 1964 from the University of California at San Jose with an Early Childhood Education degree. She enjoyed teaching First and Second Grades and Pre-School.

She enjoyed teaching small children and singing and playing the piano. She was always a pet lover and over time she had many dogs (Boxers, Doxies), birds and cats. Marge was an active member of St. John the Evangelist Church and a member of the Music Ministry and sang in the Traditional and Resurrection Choirs for many years. She also was a member of Catholic Daughters, CDA 2350.

A Mass of Christian Burial will be in December at St. John the Evangelist Church in Severna Park. In lieu of flowers, memorial contributions may be made to either the Alzheimer’s Society, the humane society or the ASPCA.