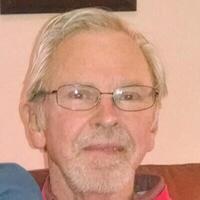 Louis Henry Emge passed away on Sunday, June 28, 2020 with his loving family by his side after a 14 year battle with Parkinson's disease.  He was 78.

Lou was born on January 4th, 1942, in New Athens Illinois where he frequently hunted and fished. He graduated from SIU-Carbondale in 1963, including a master's degree the following year in secondary education with a concentration in math and later an Administrative License.

A gifted educator, Lou spent 13 years teaching in Belleville and Edwardsville, Illinois before moving to Princeton to the Illinois State Board of Education for 11 years where he and Kate enjoyed raising their family.   Finally, he spent the last two decades of his career as an in-demand educational consultant in the Indianapolis areas, often providing professional development on co-teaching and differentiation.

Lou was an enthusiastic runner for most of his life and a self-taught handy man.  His home improvement projects were a thing of legend. He enjoyed gardening, leaf casting and most of all, spending time with his family.   He was a member of Crossroads Church in Avon, Indiana.  His dedication to the St. Louis Cardinals and Butler Bulldogs never wavered.  Even as his health failed, he never missed a Bulldog basketball game or his grandchildren’s sports.  His encouraging words and positive feedback were always appreciated.

Memorials may be made to the Parkinson’s Foundation, Wheeler Mission Ministries, Indianapolis or Special Olympics.

Cremation rites will be accorded.   A private Celebration of Life will take place later in Avon, Indiana.