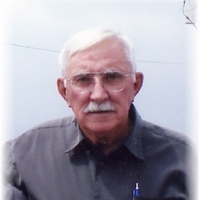 Lloyd was born in Marshfield, WI on September 3, 1938 to Elmer and Anita (Smith) Peck. He attended schools in WI and IL. He married Gloria J. Bland in Rosco, IL on September 14, 1963. They resided in Roscoe IL until 2000, when he retired and moved to Paris.

Lloyd was a carpenter and a member of the Carpenter’s Local 792 in Rockford, IL for over 50 years. He was the original “Mr. Fixit” and was always helping his sons and others with whatever was needed. He loved playing golf, coached his son’s baseball teams for several years, and never ever missed a game of any of their sports.

He is survived by his sons; Jeff and Todd both 0f Paris, his grand-daughter; (Jeff’s daughter) Cassie of Kirksville, former wife and friend, Gloria, his sisters; Doris Schultz of Waupaca, WI, Sharon Horner of Belvidere, IL, Debra Muench (Cody) of Union, IL and brother; Donald (Gloria) of Belvidere, IL; several nieces and nephews. He was preceded in death by his parents, sister Beverly and brother Ronald.