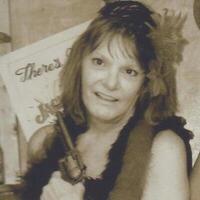 Kristi N Otten, 55, of Wessington Springs passed away Wednesday morning July 22nd at her home. Funeral services will be held Tuesday July 28th at 2:00 PM at the Basham Funeral Chapel in Wessington Springs. Burial will be in Prospect Hill Cemetery. Visitation will be Tuesday from 12 noon until time of service.

Kristi was born December 17, 1964 the daughter of Donald and Sandra (Swavely) Otten. She graduated high school in 1983.

In 2011 Kristi was united in marriage to David Hook.

She had many different jobs after school including driving cement truck, construction work and flag person on the street construction in Wessington Springs.

Her hobbies included fishing, camping, going to flea markets, rock hunting, canoeing, her love for the outdoors and nature and her Scottie dogs.

She was preceded in death by her father Donald, her grandparents, aunts, and two stepsons.