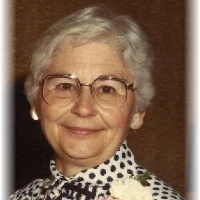 Kathryn Harrison Slaton, 96, of Madison, MO passed away at the Clarence Care Center on Saturday, June 22, 2019.

Mrs. Slaton, the daughter of James and Irene (Delaney) Harrison was born on March 9, 1923, in Madison, MO. She graduated from Madison High School and Northeast Missouri State Teacher’s College. She taught in Missouri, Iowa and California. While teaching in California she met her husband, William Porter Slaton. They married on September 8, 1947 in Moberly, MO. They had three children John, Esther and James. They moved to Madison, MO in 1954 and farmed in the Duncan’s Bridge area for the next 50 years.

Mrs. Slaton was a member of the Duncan’s Bridge Methodist Church. She was an avid gardener and family historian.

Mrs. Slaton is survived by one son James Porter Slaton of Madison, one daughter Esther Grace (Dave) Shultheiss of Texas, one granddaughter Melissa Slaton of Montrose, CA, one brother Elton Morgan of Madison; one sister Martha (Larry) West of Bellevue, NE, one sister-in-law Donna Harrison of Columbia, MO, and many nieces, nephews and friends.

A Graveside Service will be held at 11:00 a.m. on Wednesday, at the Sunset Hills Cemetery in Madison with Randy Berthold officiating. Friends are welcome to gather at 10:30 prior to the service at 11:00 at the cemetery. Agnew Funeral Home was in charge of arrangements.

Memorials may be made to the Monroe Chapel at Duncan’s Bridge Church.