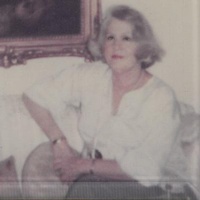 Mrs. Katherine Ruth Glickfield Moody passed away peacefully the evening of May 3, 2019 at Willis Knighton Hospital Pierremont in Shreveport, Louisiana.  A native of Omaha, Nebraska, Katherine Moody moved to Shreveport with her husband, Mr. James E. Moody shortly after World War II ended and they began a long life together.  Katherine was not only a devoted wife and loving mother of four children, she worked on significant projects and in charitable organizations for decades to benefit area residents.  She was a leader in development of new ideas, such as building a parkway along the Red River leading to downtown to highlight the beauty of our hometown and provide additional recreational areas; the Clyde Fant Memorial Parkway became a reality.  Katherine Moody was noted in the Shreveport newspapers regularly for her contributions to local charities, particularly those helping families.  Her leadership of the Girl Scouts in the 1950’s helped resurrect the organization by guiding the cookie sales to record levels allowing every scout to attend the Girl Scout camp for free.  Mrs. Moody led the Toy Loan Board, an organization allowing area families in need the ability to check out toys from the Toy Loan to take home, similar to a library.  Katherine Moody was active for many years in the Women’s Auxiliary-Louisiana Engineering Society, Shreveport Symphony, Shreveport Opera Guild, Shreveport Women’s Department Club, and joined her husband, Mr. Moody, in the Petroleum Electric Power Association, Edison Electric Institute Executive Committee, Louisiana Engineering Society, American Institute of Electrical Engineers, all of which included many speaking engagements nationally.  Additionally, Katherine joined her husband as charter members of the Petroleum Club, and she was active many years in the Republican Party.

Mrs. Katherine Moody led a long and productive life, and was most known for her kindness and gentle nature, her tactful and thoughtful manner, grace and impeccable taste in all things.  She was creative and brilliant in her achievements, and adored by her family and friends.  She had a keen intuition and was an inspiration for those facing challenges.  Katherine Moody dearly loved her children and grandchildren more than anything on earth.

Mrs. Moody was preceded in Heaven by her beloved husband of 45 years, James E. Moody, as well as her son, John Randall Moody, and her grandson, Kenneth Wayne Anderson.  She will be dearly missed by her surviving children Sue Moody Cummer, James E. Moody, Jr, and Allison Moody Sartin, and her five grandchildren.  Katherine Moody was one of a kind, a Christian, and the center of our family.  There will be a private family memorial at Forest Park Cemetery to celebrate her life.