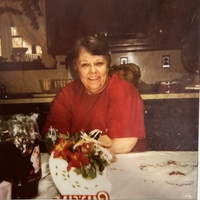 Joy Faye Robertson, 82, a resident of Arnold for over 50 years passed away peacefully on Saturday May 23, 2020 at Anne Arundel Medical Center.

She was born on April 3, 1938 in Surgoinsville, Tennessee to the late Charles and Mary Caldwell. She had two brothers, Dallas and Moss, two sisters, Eula “Sis” and Ina and her cousin Shirley.

She worked as a bookkeeper for Leonard Paper Co. and Graff and Marshall before starting W. Robertson Heating and Air Conditioning with her late husband Bill and son Chris in 1986.

She met her husband, Bill in 1956 in Baltimore, Maryland, they married on June 6, 1957. Together they had one son, William “Chris”. She and Bill were members of the Severna Park Elks. She was a fan of the Tennessee Vols, Baltimore Colts, Ravens, and Orioles. She loved gardening, Maryland crabs and had a sweet tooth for desserts. She loved more than anything, spending time with her family and family Sunday dinners.

She survived by her son, Chris, daughter-in-law Judy, her three grandchildren, Christopher, Joseph, and Nicole, her cousin Shirley, and niece Penny and her husband Mark Leary.