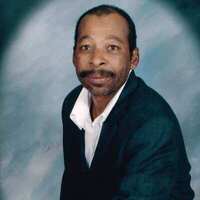 In the springtime, on April 23, 1957, Johnny Gene Roberson, Sr., was brought into the world by bobbi Gene Roberson and Lola Marie [Barnes] Roberson in Wagoner County, Oklahoma.
Johnny played basketball and graduated from Wagoner County Schools.  He was raised with his six siblings; Bobbi G. Roberson, Jr., Marshall Roberson, Calvin Roberson, George Roberson, Marie Roberson, and Luther Roberson.
Johnny was in the National Guard in the 1980's and was the spouse of Deborah K. Lee.  Together, they were blessed with five children;  Marland Lee, Johnny G. Roberson, Jr., LyWanna Roberson, and twins, Bernadette and Claudette Lee.
As his life continued, he began to work in construction, grew many crops, dug graves, took care of grandkids and great-grandkids and mony other things to take care of his family.
Early morning, June 20, 2020, Johnny was placed into heaven, leaving to cherish his memory;  his spouse and children;  a brother and sister-in-law, George and Joyce, Michale Lee and Vicki Cherry;  16 grandchildren;  8 great-grandchildren; and a caravan of other relatives and friends.

The final hour with Johnny will be on Friday, July 3, 2020 at 10:00 AM in The People's Chapel of the Keith D. Biglow Funeral Directors, Inc. His Pastor, Pastor Kelly Payne will officiate.

You may visit Mr. Roberson, as he slumbers in peaceful repose at the funeral home on Thursday from 10:00 AM until 6:00 PM.

To send a flower arrangement to the family of Johnny Gene Roberson, Sr., please click here to visit our Sympathy Store.