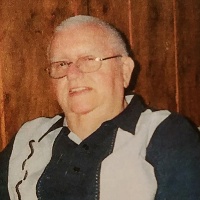 A memorial service will be held at the Queensborough Masonic Lodge in Shreveport on Thursday, July 25th at 6:00 PM. There will not be a graveside service, but he will be laid to rest at Arlington Cemetery in El Dorado, Arkansas.

J.D. was born in El Dorado, Arkansas on December 16th, 1934 to his loving parents, Walter Samuel Holt and Zletta Mae Harris Holt. He married his beloved bride, Shirley Ann Spooner, also from El Dorado, on May 29th, 1953. They were blessed with a son, David. And, then they
were blessed with a precious granddaughter, Mindy. Mindy brought forth one of J.D. and Shirley’s greatest joys, a great grandson, Joey!

J.D. enjoyed spending time with his family, friends, and lodge brothers. He had friendships that lasted from his childhood to his journey home. He served his country in the U.S. National Guard in Arkansas. He was an active member of the Queensborough Masonic lodge; in fact, he was a Past Master. As a younger man, he enjoyed fishing and traveling. He married his high school sweetheart, Shirley Ann, and she was the love of his life. They were married for 66 years, making many memories, which the family will cherish forever.