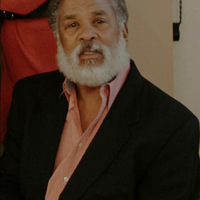 John Guillory III was born on January 6, 1960 at Moton Hospital in Tulsa, Oklahoma to John “Jack” and Bobbie (Shoates) Guillory. He was baptized at an early age at Paradise Baptist Church.

John attended Tulsa Public Schools, graduating from McLain High School in 1978.
In October 1978 he began his career at Rockwell International as an Airplane Mechanic. He devoted 36 years to the aerospace industry retiring in September 2014 from Spirit Aerosystems.

As a young boy, he worked with his dad landscaping yards.  He later started his own business John Guillory Landscape & Lawn Maintenance. He took pride in having green grass year round. John enjoyed anything on wheels; cars, trucks, bicycles, motorcycles, and especially four wheelers. He was an avid hot roder and constantly had a vehicle he was “fixing up”.

John was the father to five children. In 1981, John married Michelle Buggs and to this union three of his girls were born.

To send a flower arrangement to the family of John Guillory, III, please click here to visit our Sympathy Store.