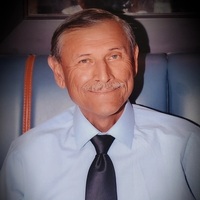 He was born to parents, John and Dora Corral of Santa Barbara, Ca. who passed several years before him and was the big brother to Larry, Danny and Frances Corral.
He graduated from Santa Barbara High School in 1970 and worked hard for the Dr. Pepper bottling company, then for Gabe's Roofing and lastly for the Goleta Sanitary District for 27 years until he retired in 2017.
He married Alice, the love of his life, in 1976, who survives him along with their two children, Elizabeth and John. He was able to watch his children marry, Elizabeth to Levi, John to Jennifer and be there for his grandchildren, Alexa Munoz, Logan Corral, Emery Corral and Ethan Williams. He loved each of them very much and we know he will be watching over them. He was also a proud Godfather to Larry Corral Jr., Andrea Lopez, Monique (Estrada) Donkin, and Gabriel Estrada. He also leaves behind many beloved family members including several nephews and nieces.
John was a big fan of many sports and was a generational fan of the Raiders, Dodgers and Lakers, as well an avid fan of WWF wrestling. He enjoyed taking walks on the pier of Pismo and Santa Barbara beaches, taking road trips with his wife and family, taking his wife on cruises to the Mexican Rivera and the Caribbean...and loved his diet Pepsi!
A service to honor John will be held on Thursday, July 9, 2020 at 5 pm at Starbuck-Lind Mortuary located at 123 North A Street in Lompoc.

To send a flower arrangement to the family of John Francis Corral, Jr., please click here to visit our Sympathy Store.