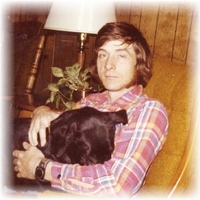 Jimmy was born on December1, 1949 in Moberly, MO the son of Charles and Joyce Perrigo Wheaton. He married Nancy Boulware May 27, 1983 in Paris, MO and she preceded him in death on August 30, 2013. He is survived by two sons Dustin Wheaton of Mexico, MO and Shannon (Denise) Wheaton of Paris, MO; three daughters; Victoria Cupp, Amanda (Ryan) Tuma and Emily (David) Young, all of Paris; ten grandchildren; Alaiyna, Nick of Centralia, MO, Madison Wheaton of Mexico, Lilly Wheaton, Mollie and Elizabeth Cupp all of Paris, MO, Cody and Abbi Tuma of Paris and Chelsea (Clayton) Pollard of Iowa and Andrew Young of Paris; two great-grandchildren; Cloe Cockrell and Bethany Levings both of Paris, MO. He was preceded in death by his parents, his wife Nancy and a granddaughter Ali Morgan; son-in-law Jeff Cupp.

He farmed in Monroe County during the early 80’s. He also worked for the Monroe County Coop having his own spray truck and later became the fertilizer manager. He then retired in 2005. Jimmy was an avid hunter, a marksman, shooting high powered silhouettes. He was also a Dale Earnhardt NASCAR fan.

Funeral services will be held at 2:00 p.m., Thursday, December 5, 2019 at the Agnew Funeral Home in Paris. Visitation will be from 12 until time of service on Thursday at the funeral home. Burial will be in Walnut Grove cemetery in Paris.