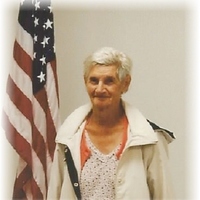 IN HONOR OF OUR MOTHER

It is with great sorrow that the children of Jessie Belle Freels, 84 of Madison, MO announce her passing on March 21st, 2020 at the Clarence Care

Jessie Belle Massey was born on April 10th, 1935 in Franklin County, Georgia to George Thomas and Willie Mae (Shackelford) Massey. She was

one of five children. After graduating High School in Morgan County, Georgia, she left Georgia in 1954 to join the Army. Basic Training took place

at Fort McClellan, Alabama, and then she was stationed at Fort Belvoir, Virginia where she met Roger Franklin Freels. They were married on

(Tina) Freels and Michael Freels, all who still survive. Also surviving is her daughter-inlaw Debbie Freels.

Preceding her in death was her husband Roger Freels Sr., her parents, a sister Shirley Self, a brother Thomas Mordacai Massey who died when he

was an infant, one nephew Kenneth Beal and one niece Sezshena Beal. Still surviving are two brothers, William Robert Massey of Arizona and

The Memorial Services are pending at this time and everyone will be notified of the date which will take place later in the spring or early summer.

We want to thank all her family and friends that have expressed love for her and her children.

All her children love her greatly and will deeply miss her. Goodbye to Our little mother who endured the heartaches and happiness of life with a