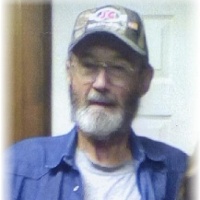 Jerry Alan Holmes of Paris, Missouri died August 14, 2019 at age 78 after a short battle with pancreatic cancer. Agnew Funeral Home at 128 W Caldwell, Paris, Missouri will host a visitation beginning at Noon on Saturday, August 17 followed by services in their Chapel at 2PM. Paris United Methodist Church will host a luncheon following a graveside service at Walnut Grove Cemetery.

Jerry grew up on a family farm near Wyoming in Jones County, Iowa. He joined the U.S. Army and served until being honorably discharged after his father was injured on the farm. He continued to serve his country in the U.S. Army Reserves.

After moving to Cedar Rapids, he attended Kirkwood Community College and then had a long career as a certified welder, foreman, loadmaster, and union steward for Ironworkers Local 89.

He was a lifelong democrat and served as a Vice Chair of the Linn County Democrats, precinct captain, and volunteered for get out the vote initiatives and election day poll monitoring.

He served as a committee co-chairman of the St. Jude Sweet Corn Festival for many years. He also volunteered his time and skill to design and build aluminum bingo tent bench stands still in use for every festival and constructed new La Salle High School football bleachers.

He was an Assistant Scoutmaster for Boy Scouts of America Troop 33 and was proud to have helped his son complete his Eagle Scout Project.

After moving to Paris, Missouri he continued to work as an ironworker until retirement and by completing odd jobs with his tractor.

He was proud to serve in honor guards with the American Legion and volunteered many hours with the Paris Lions, Paris Senior Citizens Center, and Old Threshers.

He and Diane enjoyed hosting Texas Hold’em Poker and Pitch in their home for many years.

He was preceded in death by his parents John and Freda Holmes of Olin, Iowa, brothers-in-law Ron Andrews of Birmingham, Alabama, Don Berner and Don Cox, and niece Megan Klaus, all of Mt. Vernon, Iowa.

Memorials may be made to the Paris Senior Center, American Legion Post #221, Monroe County Cancer Supporters or the Paris Lion’s Club.